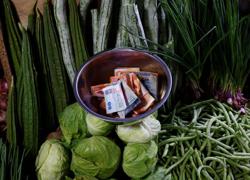 PETALING JAYA: With inflation affecting some people differently from others, should there be a relook of the consumer price index (CPI) – the widely used gauge to measure inflation?

Most economists think so and concurred that the CPI is not a true reflection of price changes in a rapidly evolving economy.

The CPI measures the prices of goods and services using a standardised metric and methodology set by the Statistics Department.

AmBank group chief economist Anthony Dass said the CPI may not be very accurate at capturing current levels of inflation.

“The current inflation rate in Malaysia is said to be ‘lower’ than the world average and remains ‘under control’, as it is governed by subsidies that have suppressed the actual inflation.

“So it has failed to actually reflect the reality of ordinary Malaysians who continue to suffer from rising food and fuel price inflation. Thus, it is important to revisit our CPI and ensure that it is more reflective of the reality on the ground,“ he told StarBiz.

Dass, who is also a member of the Economic Action Council Secretariat, said should the subsidised items be included in the CPI, then there is a need to concurrently show the CPI reading minus all subsidies to reflect the true scenario.

The country’s inflation rate in July this year stood at 3.4% and could have reached up to 11.4% if the government had not implemented the relevant subsidies.

He said a separate Food Price Index should be created to reflect actual key food prices in major towns and areas without associating it with weights.

“We must establish other areas of the inflation index like health, education, housing, transportation, utilities and eCommerce. They must reflect the actual price movements just like food as opposed to coining with inflation as we risk diluting the true inflation outcome.

“And the government must constantly and consistently assure the rakyat by ensuring there is transparency and accountability in presenting our inflation and not understate it due to subsidies.

“This would mean there is a need to disclose the methodology and formulas used by the Statistics Department in their website (technical notes) – going beyond the calculation of the CPI in terms of the percentage of change and ‘headline’ methodology,” he said.

Sunway University economics professor Yeah Kim Leng said given that the CPI is used widely as a guide by employers and businesses to set wages and prices, the consumption basket should reflect current spending patterns.

As the current index is constructed using the 2010 base year and 2016 weights, it is likely that the Statistics Department is working on updating the weights based on more recent household expenditure surveys such as the one carried out in 2019.

By capturing changes in household spending patterns, the CPI would better reflect the rise in the average cost of living, he said.

“There are existing alternative measures of inflation such as the Producer Price Index or PPI for producers and the economy-wide measure based on the gross domestic product (GDP) deflator.

“For consumers, Bank Negara has recently developed the Perceived Price Index to capture memory bias whereby households remember price increases and not decreases. The central bank has also constructed the Everyday Price Index to capture frequency bias whereby households’ perceptions are largely driven by price changes in items that are frequently purchased such as groceries rather than the durable items.

“The new measures are helpful to understand consumer behaviour in response to price changes,” Yeah said.

Centre for Market Education chief executive Carmelo Ferlito said a proper measure of inflation should take into account asset prices and purchasing power in terms of what an hourly salary can buy.

“In a nutshell, I think we need to move toward this kind of measurement to grasp the purchasing power, disaggregated for income categories, rather than simply measuring price changes,” Ferlito said.

Shankaran Nambiar, who is the head of research at the Malaysian Institute of Economic Research, said the CPI may not be a true reflection in the prices, for example, in terms of the kind of commodities that are included in the CPI measure.

“Specific types of commodities may be covered by the index, and they may not be the types that are commonly consumed.

“Data for ‘bread’ may be collected from unbranded types of bread, whereas most people may consume only commercial varieties of particular brands.

“The classifications as specified by the Statistics Department may not be what people popularly consume. Miscategorisation could give rise to errors of this sort,” he said.

Another prominent reason for the divergence of between “felt” inflation and the official inflation figures, is due to a sizable number of commodities in the CPI being controlled items or items for which the government has fixed the price.

The authorities may choose to review the categorisation of commodities and make the CPI more reflective of price changes as they affect people, according to Nambiar.

Independent economist and former MARC Ratings Bhd chief economist Firdaos Rosli, however, said it was not necessary to revisit the CPI.

The index is already an evolving reference point for price changes as the economy develops over time, whether through urbanisation, technological advancement and as the population ages, according to him.

“One explanation why we feel price changes more than what CPI suggests is that the index does not cater for specific individual or consumer preference. We are highly likely to consume products that are not part of the CPI basket anyway.

“Despite its drawbacks, the CPI is still widely used globally as a benchmark of aggregate price changes.

“But we can beef up i.e. assign different weightage to the CPI for urban relevance, such as urban rail and strata management fees. That said, we do not need to replicate what we already have,” Firdaos said. 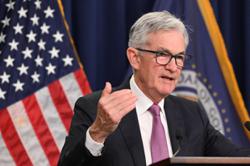