Despite lifting the ban, Indonesia's exports have not reverted to normal levels as the government required companies to sell a portion of output at home before issuing export permits, in a bid to control local cooking oil prices.

This has led to a surge in stocks and a slump in prices.

"You are going to see a weakness in prices as Indonesia becomes a truly distressed seller," McGill added.

Last week, Indonesia said it was considering removing the domestic sales requirement for palm oil exports because high inventories of the vegetable oil have been holding back a recovery of palm oil fruit prices.

Clear signs of reduced demand and upcoming peak production in Indonesia will further weigh on the market, he said.

"So you're having to work with the fact that there is more and more oil coming, how do you get rid of it. This is a disaster," he added. 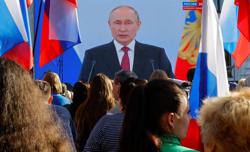