Insight - Maybe AI isn’t as scary as we thought 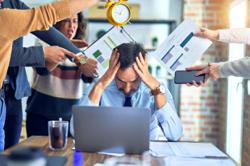 Biggest fear: Governments use facial and gait surveillance to trace people’s movements in public but it is not clear that AI has given today’s major autocratic governments such a big boost.

ONE of the longstanding worries about the technologies of artificial intelligence (AI) is that they will enable surveillance, autocracy and maybe even totalitarianism.

These views no longer seem so convincing.

The world’s autocratic states are not exactly turning these technologies to their advantage, and meanwhile AI is taking some individualistic turns.

Consider the programme called DALL-E, which allows the user to generate digital sketches and images, derived from natural language instructions, using the power of AI.

The quality and diversity of the images are truly impressive.

It is like having a world-class team of illustrators at your disposal.

DALL-E (the name is a portmanteau of the painter Salvador Dali and the movie WALL-E) remains the property of OpenAI, but its use is spreading and of course the basic technology will be copied and adapted. There is now an open source version of DALL-E.

First and foremost, DALL-E is a tool for boosting individual creativity, not autocracy.

People and small enterprises will have many more ways to make images and tell stories. This kind of AI will boost decentralisation, not control.

GPT-3 and its pending offshoots, which allows people to use AI to generate remarkably realistic-sounding texts, seem to be pushing in similar directions.

This will likely shift the balance of power further toward individuals and smaller enterprises.

Autocracies already could hire all the copy writers and editors they need.

One of the fears with GPT-3 is that students will use it to generate realistic-sounding term papers.

That may well be a problem or could the oral exam make a comeback? But it also shows how the technology can encourage decentralised idea production and the subversion of authority.

It is the opposite of centralised control of everything.

Perhaps the biggest political fear is that AI supports vast amounts of surveillance.

Governments use facial and gait surveillance to trace people’s movements in public, for example.

That is a valid concern, but it is not clear that AI has given today’s major autocratic governments such a big boost.

Russia, for one, was supposed to be such an impressive cyberpower, able to cripple entire societies with its cyberattacks.

Maybe Russia has yet to show what it is capable of, but as the Ukraine war proceeds its cybercapabilities seem less scary.

Cyber is not synonymous with AI, but both are advanced and interrelated technologies that Russia seems to be failing at.

Russia has proved it can use a lot of heavy artillery in a very destructive fashion.

It has not shown it can mobilise AI technologies to deploy very effective forms of targeted warfare.

It seems once again that brute force, not advanced technology, is the friend of autocracy.

The No. 1 autocratic AI power, of course, is China, but here too the course of events is uncertain.

The Chinese government uses an impressive array of AI technologies to monitor its population, but to what end have the Chinese turned these technologies?

China has been doubling down on its zero-Covid policy, at great expense to the Chinese economy.

These policies are possible only because the Chinese state had such advanced tracking and monitoring capabilities in the first place.

At first those technologies were used to limit the spread of Covid, often quite effectively. But the current Covid strains are harder to control and it is difficult to see exactly what the Chinese endgame looks like.

China has taken an AI asset and turned it into an AI liability.

That flip should not come as a surprise, considering the benefits and costs of autocracies.

Autocracy typically is a “high variance” form of government: It can have major successes, such as the building of Chinese infrastructure, but the relative absence of checks and balances means that major failures are also likely, in this case the persistence of the zero-Covid policy.

In essence, the advent of advanced AI raises the stakes. But if autocracy is a high-variance form of government, raising the stakes is risky.

The ultimate political implications of AI are by no means clear, and the technology is likely to see many further major advances. But for now, the worry that AI will deliver the world to totalitarianism seems overstated.

Half of AI is “intelligence” – and that is usually a virtue, for liberty as well as other things. — Bloomberg

Tyler Cowen is a Bloomberg Opinion columnist. The views expressed here are the writer’s own. 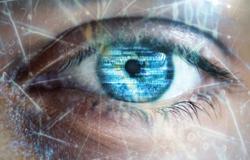