PETALING JAYA: The economy is facing “withdrawal syndrome”, a local brokerage has cautioned, with many stimulus measures coming to an end and Bank Negara moving away from its loose monetary policy.

The research house anticipates Bank Negara to increase the OPR further by 50 bps in the second half of 2022 (2H22), following a 25-bps hike earlier in May this year.

In 2023, Maybank IBG Research expects the OPR to rise by another 50 bps to 3% – similar to the pre-pandemic level. While the Federal Reserve (Fed) – Bank Negara’s equivalent in the United States – is more aggressive in hiking its federal funds rate, Suhaimi does not think Bank Negara would follow with big rises in the OPR.

In fact, he opined that the Malaysian central bank would not raise the OPR more than 25 bps in every monetary policy committee (MPC) meeting.

“This means the central bank does not necessarily chase inflation and the Fed rates,” said Suhaimi, adding that Bank Negara had mentioned before that any rate hike will be “gradual and measured”.

The first MPC meeting for 2H22 will be held today and tomorrow.

Based on its poll, Reuters reported that Bank Negara is likely to raise rates by 25 bps, its first consecutive rise in more than a decade, to rein in inflation stemming in part from a weaker ringgit as the Fed hikes aggressively.

Responding to a question on Malaysia’s estimated GDP growth in the second quarter of 2022 (2Q22), Suhaimi said the economy could “plod along the 5% growth rate” recorded in the first quarter, in the worst-case scenario. Based on its poll, Reuters reported that Bank Negara is likely to raise rates by 25 bps, its first consecutive rise in more than a decade, to rein in inflation stemming in part from a weaker ringgit as the Fed hikes aggressively.

“That means on a quarter-on-quarter basis, the economy has shrunk by 2% further after the 3% contraction in the first quarter, which we don’t think is likely (to happen).

“I think there is a very real prospect of a high single digit year-on-year growth in 2Q22,” he said.

Looking ahead, amid persistent inflation and external headwinds, Suhaimi indicated that the economy could face increased pressure next year.

Maybank IBG Research has maintained its 2022 GDP growth forecast for Malaysia at 6%, although it downgraded its forecast for 2023 to 4%.

Suhaimi pointed out that the slowing global economy, coupled with the risk of recession, would have a significant impact on Malaysia.

This shows that Malaysia is highly exposed to the global economy.

Meanwhile, Maybank IBG equity research regional head Anand Pathmakanthan, who also spoke during the briefing, said that he was “quite bearish” on the FBM KLCI in 2H22.

He noted that the research house has slashed its 2022 year-end target for the FBM KLCI to 1,500 points compared to 1,710 points earlier.

The downgrade was done following the high inflation environment, rising interest rates and the uncertainties ahead of the 15th general election.

Anand also noted that margin pressure faced by listed companies will continue to build in the second half, amid weakening end-demand.

“With that squeeze, it means that we are almost certainly entering a downgrade cycle in terms of market earnings in 2H22.

“That’s a very difficult wall for the market to climb, given that we are looking at interest rate hikes well into 2023 and we have no visibility yet as to when inflation will peak,” he said.

Anand opined that the Asean region was six to eight months behind developed markets in terms of the issues that they are facing.

“That means there will be a delayed impact on earnings, we would go into a downgrade cycle in 2H22,” he added.

Looking into 2023, Anand pointed out that almost all sectors could see a double-digit growth in earnings.

This is assuming Cukai Makmur, or the prosperity tax, would not be extended next year.

Nevertheless, Anand noted that the earnings forecasts for 2023 are still “almost certainly” under the threat of downgrades.

“Given our downgrade of Malaysia’s GDP forecast for 2023, what we are seeing with margins and end-demand, it is almost certain that we would see those numbers (earnings) come down,” he said. 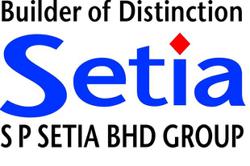