However, the rating agency has revised the gross domestic product (GDP) growth in 2022 by a modest 0.1 percentage point, compared with May 2022 interim update, to 4.9%.

In a note yesterday, S&P Global said that compared to the outlook three months ago, the new forecast implies a downward revision of 0.3 percentage points.

Its Asia-Pacific chief economist Louis Kuijs said output is expected to remain below its pre-Covid trend for a long time in several Asia-Pacific economies.

“We currently expect that as of 2022, this ‘scarring’ will be the largest felt in the Philippines, India, Malaysia, and Thailand.

“Nonetheless, our forecast for Asia-Pacific GDP growth of about 4.8% in 2023-2025 would mean the region will resume its status as the world’s fastest-growing,” he said.

For Asia-Pacific, he said the two key changes to the global outlook are the weaker growth in China due to stringent Covid-19 restrictions and the higher projected US interest rates.

Despite the headwinds, Kuijs said that Asia-Pacific growth prospects remain broadly favourable as outside China, the post-Covid-19 domestic recovery is mostly continuing.

“We expect solid economic growth in 2022-2023, especially in economies relatively led by domestic demand such as India, Indonesia and the Philippines,” he said.

He noted that rising inflation has been a key factor behind the start of the monetary policy normalisation in many economies, as all but four central banks have started raising their policy rates.

He also said that the other key motivation is staving off external pressure amid rising global interest rates.

“Capital outflows and currency depreciation against the US dollar have so far been contained but we expect most central banks to continue to raise their policy rates to anchor inflation expectations and guard against external vulnerability,” he said.

Kuijs explained that considering the slower-than-expected easing of Covid-19 restrictions and shallow recovery of domestic demand in China, S&P Global has further lowered its baseline 2022 growth forecast for the country to 3.3%.

Economic growth generally eased in early 2022 after the rebound in 2021, with quarter-on-quarter growth falling to 0.7% in Asia-Pacific, except China.

Meanwhile, year-on-year growth slowed to 3.3% compared with 5.4% in 2021. “The slowdown was most pronounced in Hong Kong and least visible in Malaysia,” he said.

On inflation, Kuijs said it has risen and is likely to increase further and the rating agency has raised its projections for inflation in several economies, especially in Australia, India, Indonesia, New Zealand, Singapore, South Korea and Thailand.

He said the rise in inflation has led central banks in Australia, India, Malaysia and the Philippines to join others in starting to normalise monetary policy.

“Still, consumer inflation has generally not risen as much as in the United States and Europe. While energy price inflation generally remains high, that is not so in Malaysia and Indonesia.

“The two economies are net energy exporters and are not passing on some of the energy commodity cost increases to consumers,” he said.

On average, the agency anticipates that consumer inflation in Asia-Pacific will reach 3.6% in 2022.

Meanwhile, Kuijs said the US Federal Reserve’s policy tightening raises the potential for capital outflows from Asia’s economies, especially its emerging markets, and added that as some capital is attracted by higher US interest rates, Asia-Pacific currencies and asset markets are affected. — Bernama 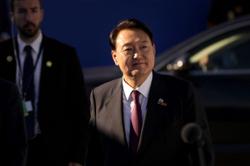