Sarawak Metro, in announcing the winning bidder over the weekend, did not disclose the contract value for System Package 1.

Sarawak Metro is a wholly-owned subsidiary of Sarawak Economic Development Corp (SEDC), which has been entrusted by the state government to implement the project.

The Samarahan Line will commence in Kota Samarahan, opposite Kg Rembus and head in a west to northwest direction for about 28.5km before terminating at Station SM14 near Hikmah Exchange in the city.

Line 1 will travel mostly along the road medians of Kuching-Samarahan Expressway, Jalan Canna, Jalan Wan Alwi, Jalan Batu Lintang, Jalan Tun Ahmad Zaidi Adruce and Jalan Haji Taha. Most of Line 1 will be elevated (67%) while 27% will be at-grade and 6% will be underpasses at existing roundabouts, according to the Environmental Impact Assessment (EIA) report on the project.

Both Line 1 and 2 will intersect at Simpang Tiga where the interchange station is proposed adjacent to the Wisma Persekutuan (houses federal departments and agencies) public car park.

The Kuts will utilise a hydrogen-powered ART system. The ART is an innovative system, which is a hybrid of a train, a bus and a tram. The ART is trackless and runs on rubber tyres on dedicated lanes on normal road pavement, and will be powered by hydrogen fuel cells. Each train will have a minimum crush-load capacity for 300 passengers.

Pre-engineering and soil investigation activities throughout the Samarahan and Serian Lines are currently underway. The project’s civil and structure works are expected to begin in third quarter-2022.

According to Sarawak Metro, passenger service for the ART is scheduled to be introduced in stages, starting from the fourth quarter of 2025, with full completion of the Phase 1 project scheduled by 2027.

“The development of the Kuts project will be a game changer not only in modernising public transport but also in improving both the socio-economic and social mobility of the people, particularly in Kuching and the nearby towns. Sarawak Metro is committed to seeing the success of this project,” he added.

He reminded the winning bidder to be a responsible and accountable partner for Sarawak Metro in implementing the project and provide its full commitment towards improving mobility in Greater Kuching.

Abdul Aziz said the Kuts project is in line with the Sarawak government’s initiative to advance the hydrogen economy agenda in addressing the global issue of climate change, adding that the project is an important effort towards decarbonising public transportation in the state. 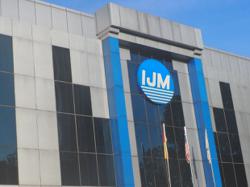 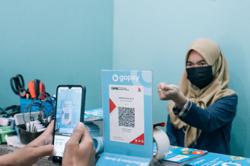