Now that the Indonesia government has reinstated the foreign sale of palm oil, the research firm said it remains unconvinced that the matter has been put to rest.

"We believe there could be further announcements from the government since prices have still not come down to the desired level and as the lifting of the ban could result in the domestic shortage recurring," it said in a report.

The brokerage noted that Jokowi emphasised the government will continue to monitor the supply of CPO in the country to ensure domestic needs were met at affordable prices.

Meanwhile, there have also been mechanisms put in place to keep domestic prices in check.

"We understand some policy changes that have been considered include the raising of the ceiling price for bulk cooking oil to IDR17,000/litre; the appointment of a government entity to buy controlled price olein from producers to ensure supply to the domestic market; potentially raising the export levy to set aside money specifically for cooking oil subsidies; and even possibly reinitiating the domestic market obligation (DMO) scheme with different parameters," said RHB.

On April 22, surging crude palm oil prices prompted the Indonesian government to temporarily pull the brakes on further export of palm oil products in the hope of pushing down the price of cooking oil for the domestic market.

Now just weeks into the ban, Indonesian president Joko Widodo said yesterday that the international sale of the commodity would resume from May 23 as local supply and prices on the domestic market had improved, albeit not to the planned target level.

At the time of his announcement, Jokowi noted that the price of bulk cooking oil has not fallen to the target IDR14,000 a litre but remains hovering above IDR17,000 a litre.

However, Jokowi highlighted that the government's decision to end the ban was made to safeguard the welfare of 17 million workers in the country, which have experienced a negative impact to their livelihoods as the selling price of fresh fruit bunches plummeted following the ban.

RHB expects plantations companies with Indonesia operations to see upsides to their share price following the announcement but it added that any gains should be locked in.

"We would use this opportunity to take some profit off the table, given the continued uncertainty in Indonesia and a potential increase in export levies, which could harm profitability," said the broker.

It reiterated its "neutral" recommendation on the sector, noting that Malaysia planters with large Indonesian exposure include Kuala Lumpur Kepong Bhd 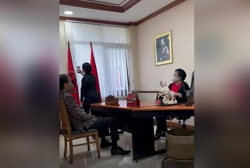 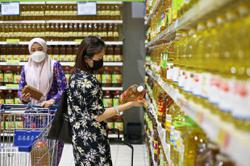