Which route for PLUS? ALR is a private and not-for-profit company, carrying the mandate of the government in a proposed restructuring of certain tolled highway concessions.

It is using a highway trust model which was first mooted about a year ago largely to overcome the resistance to toll hikes. Seen as a more capital market-friendly option, its success could provide a blueprint for the renegotiations of other highway operators.

Credit Suisse Equity Research says the proposal is feasible for other listed urban tollways that are already operational. Besides Gamuda and its 43.16%-owned Lingkaran Trans Kota Holdings Bhd

(Litrak), the other companies that have stakes in highways are IJM Corp Bhd

Within its coverage, the research firm says that the tollway assets of IJM Corp are worth about RM3.3bil, which is worth about half the stock’s market capitalisation.

However, what about PLUS Malaysia Bhd – the country’s largest highway concessionaire?

This could be a bit more tricky and often “politically charged.”

PLUS is 51% owned by UEM Group Bhd, which in turn is a unit of the government’s sovereign wealth fund, Khazanah Nasional.

The Employees Provident Fund (EPF) holds the remainder 49%. As the fund has more than 14 million members, they are indirect owners of the highway operator too, whose assets include the North-South Expressway (NSE).

Talk of a PLUS restructuring has been ongoing for some time with mixed views on who or how to best manage it.

Ever since it was taken private in 2012 by the government and the EPF, there have been numerous bids by several individuals (via their respective vehicles) to buy over the asset from the present shareholders.

Around 2017 to 2019, the government indicated its intention to sell PLUS as part of a plan to reduce toll charges and ease the financial burden of toll users.

Four formal offers were received in what would have been corporate Malaysia’s largest deal as the takeover of PLUS was valued at more than RM30bil.

One offer came from Tan Sri Halim Saad, who used to helm the now-defunct Renong group that previously owned PLUS.

However, the then Pakatan Harapan government made an about-turn and chose instead to give an 18% discount on PLUS’ toll rates starting Feb 1, 2020, in order to keep the highway operator in the hands of the government and the EPF. Both parties have enjoyed good returns from their acquisition of PLUS.“PLUS is the backbone of Malaysian highways and has a good track record. There is a lot of certainty in terms of cash flow and even during Covid-19, it was able to pay bondholders notwithstanding the drop in traffic,” says one analyst.

Malaysian Rating Corp Bhd (MARC) in its latest credit review of the group notes that PLUS’ road networks have historically demonstrated very low volatility, with peak-to-trough volume variance of just about 2% during the 2016-2019 period.

“We note that in the periods during the pandemic when (movement) restrictions were lifted or eased, traffic on PLUS’ roads rebounded strongly close to pre-pandemic levels. Although the timing and shape of recovery are still uncertain, we believe traffic should recover progressively in 2022 from the Covid-19 shock in 2020-2021, and expect a full recovery by 2023,” the rating agency adds in a report released in late December last year.

Due to movement restrictions to curb the pandemic, its revenue for the first half of 2021 had dropped 14.9% year-on-year to RM1.2bil.

Despite this, the rating agency notes that PLUS has sufficient liquidity to address its debt maturities.

“As at end-June 2021, it had RM2.8bil in cash, providing ample cushion against RM2.1bil of principal and profit obligations due in 2022,” points our MARC.

Free cash flow, meanwhile, remained positive at about RM820.3mil in the first half of 2021, supported by reduced capital expenditure (capex). As for routine maintenance capex, it is expected to remain steady at around RM287.5mil for 2022.

Visibility on its free cash flow will hinge on the extent the highway operator can re-profile its capex and dividend payouts.

“We expect PLUS to maintain a satisfactory level of free cash flow through prudent financial management, particularly with respect to capex and dividend payouts, and maintain the finance service cover ratio within the covenanted two times,’ it adds.

Coming back to ALR’s proposed acquisition of the four tolled highways (at an enterprise value of RM5.48bil), the key is the removal of the dividend pressure.

The highly lucrative dividends that PLUS generates are important in the dividends the EPF pays its members. PLUS had indicated in the past it will need to be compensated for the loss of the large amount of future profit should any privatisation offer be made.

So it remains to be seen if the EPF or Khazanah, which have resisted previous offers, would be on board with this.

However, if the government intends to continue freezing toll hikes, some believe that it could be a way forward. As of end-September 2021, the outstanding toll compensation owing to it was said to be about RM2.5bil.

According to a banker, under the trust model, the EPF can continue to participate in the debt (of PLUS).

“The issue is the tiny slither of equity which entails a huge profit,” he adds.

By removing the profit element, monies generated, minus the cost of maintenance, can be channeled for the servicing and early redemption of its financial debts.

“This way the concession period can be shortened,” he says.

Reiterating his stance made in 2019, Datametrics Research and Information Centre Sdn Bhd managing director Pankaj C. Kumar, sees no compelling reason for anyone to step in and take over the roles of Khazanah and the EPF.

“PLUS is in good hands now. Given its size, a takeover without government backing or guarantee cannot be easily done,” he says.

Hypothetically speaking, if at all the EPF feels that the timing is right to monetise its stake in PLUS, he thinks the fund should sell that block to Khazanah.

MARC, which affirmed its AAA rating on the group’s RM23.35bil sukuk with a stable outlook, highlights two key strengths of PLUS.

One is presence of cross-default provisions in government-guaranteed sukuk. In explaining the rationale, it says that the rating continues to incorporate a two-notch rating uplift from PLUS’ standalone rating of AA, which reflects the rating agency’s assessment of strong government linkages.

The second strength of the group is its portfolio of matured toll road concessions with stable traffic profiles. Besides the NSE, which contributes more than two-thirds to total toll revenue, PLUS has six more expressways under its belt.

The concessions end in December 2038. 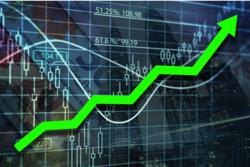