PETALING JAYA: “Mixed emotions, a bit of relief and a tinge of sadness, it hasn’t hit me yet,” says Malayan Banking Bhd

The banker is of course referring to him leaving the largest banking group in the country after almost nine years as captain of the ship.

Calling the move “the right thing to do”, Farid who assumed the position in August 2013, will leave Maybank on April 30 to pave the way for his successor Datuk Khairussaleh Ramli to come onboard although officially, his contract ends in August this year.

“You know what happens to any organisation when the (same) leadership has been there for too long,” he said matter-of-factly.

Speaking candidly to StarBiz, Farid said: “I don’t know how to describe it, I don’t have particularly strong emotions about wanting to keep this position.

“Since I started, I feel like I have had to prove that I deserve the job, and this feeling has never gone away.”

That said, Farid is confident that he is leaving Maybank – which made a net profit of RM8.1bil for the financial year ended Dec 31, 2021 – in a stronger position than it was when he first took over.

“I think I am leaving the bank in a much better shape than when I got it.

“I have to also say, when I was given the chair in 2013, it was a much better bank than it was (earlier); Tan Sri Abdul Wahid Omar left me with a very good Maybank and I believe that I’m leaving Khairussaleh and the senior management a better bank than when I first got it,” Farid said.

Maybank’s total capital ratio, an indication of a bank’s overall financial strength for instance, has grown from 15.7% when he first took over, to 19.5% as at the end of last year.

Generally, the higher the ratio, the better the bank can withstand any shocks to its system.

Maybank has also over the last few years, built up and strengthened its liquidity position while putting a lot more effort in ensuring its compliance and risk management teams stay on top of the game.

“We have never done a voluntary separation scheme or VSS, we purposely did not do it,” Farid said.

“We have redeployed staff and given a lot of people the chance to prove themselves, we never had compliance and risk people like now, and we never even had a digital team but now we have people like data scientists and coders... even with all these, we were 47,000 before and we are now at 42,000 so I’d like to think we have gotten more efficient and leaner.”

But perhaps, more than anything, Farid’s biggest contribution to the banking group, as some industry people see it, is his push for digital adoption in the early years, ahead of its peers.

He is quick to dismiss this however, stating that he merely “triggered” the entire digital transformation process at the bank.

“I consider myself fortunate because the leadership and management were humble and aware, had the capacity to observe, learn, decide and say, ok we all need to do this (digital journey) together,” he said, recalling the bank’s pre-digital days.

“I always tell people that coming up with strategies is easy but what makes the difference between a great organisation and a so-so organisation is execution; doing the strategy bit is the sexy part because this is where you can talk, do interviews, a branding exercise...”

“If you take a look at the difference between countries like Singapore and countries like the US, or even China; taking the politics out, you won’t be surprised why China will be able to overtake US from a technological and economic standpoint in the next few decades because China just gets things done faster,” he said.

As chief at Maybank, one of Farid’s greatest challenges has perhaps been to ensure that his core team always remained intact or as he puts it, there’s always been “the fear of losing the core people around me”.

“No individual can say I know 100% of a bank, of a small bank maybe, but we are a universal bank, no one person can say I know every minute detail about the organisation, that’s why it’s important for the collective leadership to be strong, whenever there’s a gap missing with people leaving and so on, that is very concerning and scary sometimes,” Farid said.

“When the core team walks away for whatever reason, then you start thinking, can our succession plan be as strong as we envisioned it to be.

“Having said that, we never stop people from making career decisions that are good for them, but there’s always that situation...,” Farid said.

The seasoned banker who has worked at Schroders, Malaysia International Merchant Bankers, JP Morgan and Khazanah Nasional Bhd does not have any solid plans, post-Maybank for now.

“I want to take a break first, that’s a certainty.”

Farid had started talking to the Maybank board as early as May 2021 about his intention of not wanting to renew his contract.

“I told myself I do not want to make any plans because the chair at Maybank carries weight and I think it’s completely unfair to start planning for what is next when I’m still sitting in this chair, it’s not fair and it’s not right.”

Below are excerpts of StarBiz’s interview with Farid.

StarBiz: How would you describe your journey as Group President and CEO of Maybank?

Farid: When I came into the role in 2013, Maybank was already on its transformation/regionalisation journey.

Also, the Basel III requirements were set to be implemented about the time I took over.

So not only was Maybank already on its regional journey, but capital and liquidity management were shaping up to be key focus areas of implementation when I became group president and CEO.

The group’s regional franchise has also strengthened over the years, contributing to its growing income despite the overall slower growth environment experienced globally over the past few years.

What are some of the areas you think Maybank can continue to grow/ improve on?

With M25, (the bank’s next five-year strategy which will run from 2021 to 2025), our aim is to further enhance the way we leverage digital innovation.

Infused with our sustainability agenda, we also intend to proactively make changes to our operating model and policies that will be value-accretive in the long run.

In terms of wealth management, I should have pushed on private wealth a lot earlier and more aggressively. We have done relatively well for our premier and privilege segments but there’s still a lot of work to do for private wealth.

We also aim to drive the change for a better world and partner with our stakeholders to achieve sustainable growth with a focus on supporting our clients in transitioning towards a low-carbon economy, providing access to value based solutions and tapping into opportunities in the environmental, social, and governance or ESG space.

What is your take on the government’s cash aid to the needy as a result of the Covid-19 pandemic?

I think fiscal initiatives are crucial because people are struggling but in addition to that, we also need to address the root cause.

In that sense, maybe there are parts that we can improve on for example, making it much easier for individuals to set up and grow their businesses.

What is your view on Malaysia’s economy?

We are on the right track and will grow faster this year but once we factor in the Ukraine-Russia war, there will be some impact.

I think the question we should ask ourselves is what are the things we should do to improve our competitiveness as a nation.

We need to take stock and take a look at ourselves. Over and above the growth plans, we need to look at all the other nations that are improving their competitive advantages and need to identify what we have and how can we improve it.

There must be political will to get these done.

Where and what are you moving on to? And what are some of the areas of interests that you would like to pursue after leaving Maybank?

I’ve served the corporate sector for over 30 years. For now, I would like to take a step back from the corporate sector and spend time exploring other aspects of life, which will allow for a different type of personal growth. This does not include joining politics or taking a role with a government agency. 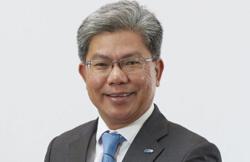