Analysts noted that the improvement in demand for upmarket chocolates will provide support for higher average selling prices (ASPs) for cocoa butter.

Analysts noted that the improvement in demand for upmarket chocolates will provide support for higher average selling prices (ASPs) for cocoa butter.

Consequently, the company is expected to see stronger earnings ahead.

“Recall that the company saw its cocoa butter ratio declining in 2021, as sales of tourism-dependent premium chocolate was disrupted by border closures and lockdowns.

“In tandem with the recovering tourism and hotel industries, we expect demand for the luxury segment chocolate to gradually pick up pace and this should augur well for cocoa butter’s ASP,” said AmInvestment Bank in a report. Some of the products products

However, net profit fell to RM34.5mil from RM46.8mil previously due to lower margin.

Despite the uncertainty surrounding new Covid variants, the company had highlighted that cocoa consumption was showing signs of improvement in the European and American markets.

With better prospects on the horizon, AmInvestment has raised its financial year 2021 (FY21) to FY23 earnings estimates by 16%, 3% and 1%, respectively.

“The company’s 2022 strong earnings growth will be underpinned by the normalisation of earnings before interest, taxes, depreciation, and amortisation (Ebitda) yield, recovering demand for cocoa butter and maiden earnings contribution from the Ivory Coast plant,” it said.

The company’s beans grinding facility in Ivory Coast is on track for commissioning in the first half of this year. With a 60,000 tonne capacity in the first phase, the facility is expected to contribute an additional RM70mil to the company’s Ebitda, per annum.

The initial phase’s capacity will be mainly taken up by its German plant, Schokinag Holdings. Guan Chong is also spending an additional �10.5mil (RM50.44mil) in capital expenditure or capex in the first half of 2022 to increase its German plant’s industrial chocolate production capacity by 10,000 tonnes per annum from the current 90,000 tonnes.

It will also purchase machinery to resolve the current bottleneck at the production line.

“We like Guan Chong for its overseas expansion plan prospect, giving the company an opportunity to tap into the European market, which has the biggest chocolate consumption,” added AmInvestment.

The brokerage reiterated its “buy” call on the stock with an upward revision in fair value to RM3.40 from RM3.12 previously.

It noted that the stock was trading at an undemanding valuation of 12.3 times the price-earnings ratio (PER) of 2022’s earnings per share in comparison to the Bursa Malaysia Consumer Product Index’s historical average of 19 times PER. 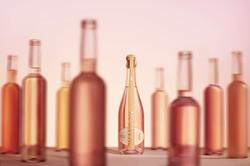