Fierce protest: A farmer fertilises crops on a farm in Madhya Pradesh. India, giving in to its powerful farm lobby, has shelved its most ambitious agriculture overhaul in decades. ― Bloomberg

With an eye on a critical election in populous Uttar Pradesh state early next year, Modi agreed to rescind the laws in November, hoping to smooth relations with the powerful farm lobby which sustains nearly half the country’s 1.3 billion people and accounts for about 15% of the US$2.7 trillion (RM11.4 trillion) economy.

“All incentives to shift towards a more efficient, market-linked system (in agriculture) have been smothered.”

“It appears the government realised that there’s merit in the farmers’ argument that opening up the sector would make them vulnerable to large companies, hammer commodities prices and hit farmers’ income,” said Devinder Sharma, a farm policy expert who has supported the growers’ movement.

But the gruelling year-long standoff also means no political party will attempt any similar reforms for at least a quarter-century, Chikermane said.

India ranks 101 out of 116 countries on the Global Hunger Index, with malnutrition accounting for 68% of child deaths.

Yet it wastes around 67 million tonnes of food every year, worth about US$12.25bil (RM51.8bil) –nearly five times that of most large economies – according to various studies.

Ending the rule that food must flow through the approved markets would have encouraged private participation in the supply chain, giving both Indian and global companies incentives to invest in the sector, traders and economists said.

“The agriculture laws would have removed the biggest impediment to large-scale purchases of farm goods by big corporations,” said Harish Galipelli, director at ILA Commodities India Pvt Ltd, which trades farm goods. “And that would have encouraged corporations to bring investment to revamp and modernise the whole food supply chain.”

Galipelli’s firm will now have to re-evaluate its plans. ― Reuters 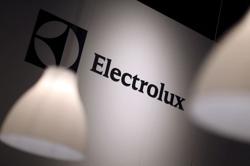