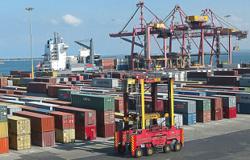 “The market is coming back strongly,” Frydenberg (file pic) said on the national broadcaster’s “Insiders” programme. “That comes as a result of the fact that we now have one of the highest vaccination rates in the world, one of the lowest mortality rates in the world.”

SYDNEY: Australia will upgrade its economic forecasts for next year at the mid-year budget update, Treasurer Josh Frydenberg said.

Frydenberg pointed to data including job growth and retail sales for the improved outlook. He wasn’t specific on whether the upgrade was for the next calendar year or fiscal year, which starts in July.

Frydenberg will deliver the Mid-Year Economic and Fiscal Outlook in the coming weeks just as the nation’s economy shows signs of resilience following the months-long lockdowns of the two most populous cities combat a surge of the delta variant.

The economy posted a smaller-than-forecast contraction in the September quarter while multiple data and surveys ranging from business confidence to retail sales, job vacancies and mobility pointed to a strong pick-up in activity.

While economists forecast Australia’s economy to expand by 3.8% in 2022, the Reserve Bank of Australia anticipates growth accelerating to 5.5% next year after a 3% expansion in 2021. Australia’s budget in May forecast a 4.5% expansion in the year to June 30, before slowing to 2.5% in the following fiscal year.

Still, the International Monetary Fund expects to pare back its expectations for the global economic rebound as the number of Covid-19 cases attributable to the new omicron strain picks up.

The variant has been detected in Australia, with authorities fearing it’s spread to the nation’s capital Canberra from an outbreak in Sydney. “It’s too early to make any conclusive decisions or estimates about the economy as a result of omicron,” Frydenberg said. ― Bloomberg 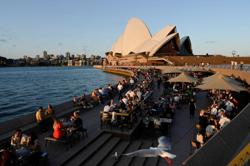 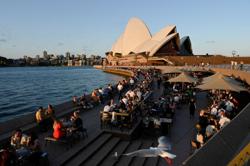