Revenue also shrank to RM219.36 million from RM319.67 million previously, it said in a filing with Bursa Malaysia.

OSK said the group performance was impacted by the implementation of the National Recovery Plan (NRP) Phase 1 and 2 since June 2021 till September 2021, where most of the economic activities in the state where the group has operations were restricted.

It said the property segment revenue shrank 41 per cent to RM134.1 million mainly due to lower sales and slower construction work done for all local projects during the NRP period.

"The lower construction work done for these projects during NRP period has affected the performance of construction division resulted in a pre-tax loss of RM0.5 million for Q3 FY2021 versus a pre-tax profit of RM5.1 million in Q3 FY2020,” it said.

Meanwhile the industries segment recorded a slight decrease in revenue by 2 per cent to RM42.4 million in Q3 FY2021 mainly due to the lower deliveries for both cables and wall panels in Malaysia which was cushioned by higher deliveries of wall panels to Singapore.

It added, the hospitality segment performance continued to be impacted by the consequences of the movement restrictions in Q3 FY2021.

"The hotels division recorded a decrease in revenue by 77 per cent to RM1.7 million mainly due to the low occupancy rate as a result from NRP that restrict the inter-district and inter-state travels unlike Q3 FY2020,” it said.

However, the capital financing division revenue increased 21 per cent to RM24.9 million in Q3 FY2021 mainly due to net interest income generated from the higher loan portfolio in the quarter under review.

On prospects, the company said the property development division will remain a key contributor to the performance of the group for the remaining FY2021. 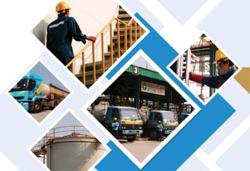