has announced plans to invest RM50mil in capital expenditure over the next two years in its German plant Schokinag Holding GmbH.

It said the funding will go towards capacity expansions for the Mannheim-based plant as it aims to ride the recovery in Europe in as borders reopen.

This comes as the group posted a net profit of RM34.46mil in Q3FY21, which represents a 26.35% decline from RM46.78mil in the previous corresponding quarter as higher freights costs and lower margins put pressure on its bottomline.

Group revenue increased 18.6% to RM998.1mil from RM841.6mil in 3Q20, underpinned by contributions from Schokinag and better overall sales tonnage.

Over the nine months period to Sept 30, Schokinag stood out with revenue growth of 21%, outpacing the entire group's 6.5% growth over the same period.

"The better performance in Schokinag, even without new capacity put in, is not only a good indication of economic recovery in the European region but also a reflection of our German team in growing our market share in industrial chocolate in Europe.

"Hence, we believe the decision to expand Schokinag's capacity is necessary to support the team in their growth ambition, and we will continue to evaluate other expansion options where needed to capture the ongoing opportunities," said Guan Chong managing director and CEO Brandon Tay Hoe Lian in a Monday statement. 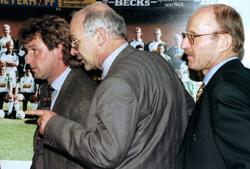