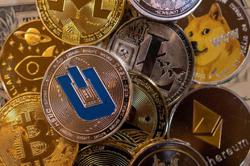 PETALING JAYA: Amid concerns about the nation’s narrow tax base, tax experts and economists are urging the government to undertake bold tax reforms.

Although this is an uphill task, they agree that a comprehensive tax framework is necessary to support the country’s economic agenda and improve its fiscal position and spur domestic and foreign investments.

Deloitte Malaysia tax leader Sim Kwang Gek told StarBiz that considering the ambitious target to achieve a fiscal deficit of 3.5% of gross domestic product (GDP) by 2025 and a RM400bil budget for development expenditure over five years, bold tax reforms would be needed to beef up tax collection.

“Timing is crucial if these targets are to be achieved within five years, but it’s a tough call to make since the priority is to help businesses recover.

“Taxes are never popular. Hence, it is important to demonstrate that taxes collected have benefited the people and the nation as a whole. Clear rules and a simpler tax administration will also encourage more taxpayers to declare their income accordingly,” she noted.

Malaysia has room to diversify its tax base to lean more towards consumption taxes and the goods and services tax (GST) could be the solution, she said.

Consumption taxes like the GST will provide the government a more sustainable revenue in the long run and reduce dependency on oil-related revenue and direct taxes.

Budget 2022 estimates about 73% of the government’s revenue to come from taxes. Out of a projected total tax revenue of RM171bil, direct taxes make up 74% while indirect taxes contribute about 26%.

Comparing this with the Organisation for Economic Co-operation and Development (OECD) average, where the percentage of value-added taxes and other consumption taxes accounted for 32.3% of the total tax revenue in 2019, corporate Malaysia has room to broaden its tax base.

Sim said the government could also look at effective ways to tackle the shadow economy, which accounted for 18.2% of the GDP in 2019.

“The implementation of the Tax Identification Number or TIN for businesses and individual income earners aged 18 and above should contribute towards more tax collection because this will increase the number of registered taxpayers and reduce tax leakages,” she said.

Malaysian Rating Corp Bhd (MARC) chief economist Firdaos Rosli (pic below) noted that the nation’s tax revenue to GDP of 10.9% in 2020 was one of the lowest in Asean, despite the economy being one of the region’s largest. The ratio is estimated to decline further to around 10.6% in 2021 amid a shortfall in tax revenue, he said.

He said based on MoF projections, the total tax revenue for 2021 would come in at 93.4% of emoluments, pension charges and debt service ratio alone. These are the three largest operating expenditure items in Malaysia’s national budget, he noted.

“What this means is that Malaysia’s tax revenues are insufficient to cover other big-ticket expenditure items like subsidies and grants to state governments and statutory bodies.

“Therefore, our economic growth must be funded through a combination of higher non-tax revenues or debt to compensate for low revenues,” he said.

He said without tax reforms, the government would have to resort to its state-owned enterprises and/or debt accumulation to achieve the 12th Malaysia Plan’s (12MP) growth targets. Otherwise, he said the government was at risk of overestimating its own growth projections.

Firdaos questions whether the government has what it takes to grow at an average of 4.5% to 5.5% annually under the 12MP. He feels the government should have a wholesale viewpoint of the tax system, instead of zooming into the need for GST alone.

In the Fiscal Outlook 2022 report, the government said it was looking to implement measures under the Medium-Term Revenue Strategy (MTRS). The final report, after getting feedback from key stakeholders, industry players and professional bodies, etc, is scheduled to be endorsed by the government in 2022.

The adoption of the MTRS is to ensure sustainable revenue generation in the medium term in line with GDP growth, to ensure better compliance via effective and efficient tax administration, and to strengthen the legal framework in enhancing the tax system and policy formulation. He said such measures may result in short-term gains in tax revenue, but could potentially lead to adverse implications in the longer term which include capital flight and losing Malaysia’s attractiveness as a preferred investment destination.

He instead advocates broadening the consumption tax base and accelerating the digitisation of tax administration so that compliance to existing tax rules is made almost automatic.

On the former, there is a need to also manage the regressive elements of consumption tax, and measures such as targeted subsidies could be considered, he said.

“Tax reforms need time to bear fruit and there is no shortcut. Studies have shown that between two and seven years may be required to fully realise the benefits of reforms,” Amarjeet said.

AmBank Group chief economist Anthony Dass (pic below) said a holistic tax reform plan was vital and must be able to deliver the outcomes palatable to taxpayers including foreign investors. He said tax reforms are not a simple and straightforward task. It is important to identify the areas of the tax system that need the most attention and decide which reforms would encourage growth in a reasonable amount of time. One must remember there is no one-size-fits-all answer, he said.

Dass said: “In formulating the tax reform plan, the government must consult and engage with various stakeholders, especially the business community and foreign investors who are looking for suitable business bases in the region.”

Centre for Market Education or CME CEO and Institute for Democracy and Economic Affairs senior fellow Carmelo Ferlito said the priority should be to increase the tax base, but not as the one in Budget 2022. He said there must be a moderate income tax reduction for sustainable growth in private investments.

Against potential regressive effects, CME suggests a progressive consumption tax. He said some goods should be exempted from the tax, especially items related to the basic consumption habits of the lower-income population such as necessities like rice. “There should be a lower GST rate (3%) for key development items, a middle-rate GST (6%) for the goods not identifiable with the other three categories, and a higher rate (10%) for luxury goods.