KUALA LUMPUR: As the crowds make a gradual return to Resorts World Genting, the anticipated opening of the outdoor theme park, Genting Skyworlds, is expected to further facilitate visitor arrivals to the entertainment hot spot.

"We understand that theme park is ready to commence operations anytime soon and believe it could happen in November, which will be timely to capture the pent-up demand post reopening in the run up to the year-end holidays," said RHB Research in a note.

Following a recent visit to Resorts World Genting, the research firm said it was encouraged by the crowd after having witnessed decent footfall at the SkyAvenue mall.

However, it said visitor levels had yet to reach pre-pandemic levels while some facilities remained shuttered as management is gradually ramping up operations towards the year end.

The research firm added that the Skytropolis Indoor Theme Park was not open at the time of its visit but will draw in visitors when it reopens to boost non-gaming revenue.

Meanwhile, there was a long queue outside of SkyCasino guest service counter as many were applying for new membership due to the pent-up demand.

RHB said almost all tables were open on the first floor of SkyCasino with three to seven people per table, while alternate slot machines were in operation.

As the country's vaccination rate grows and Covid-19 cases decline, RHB expects confidence among travellers to recover, which will likely lead to a stronger earnings recovery.

"We believe the trajectory for earnings will reach an inflection point and the imminent opening of Genting SkyWorlds will also create excitement, aside from the novelty effect – potentially leading to higher-than-expected visitor arrivals to RWG," it said.

and earnings estimates as it expects the stock to be a prime beneficiary of the economic reopening and rebound in domestic tourism.

It said valuation is inexpensive at eight times FY22F EV/EBITDA, compared to the regional peer average of about 12 times. 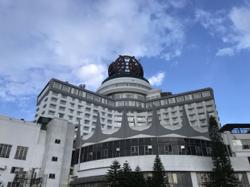 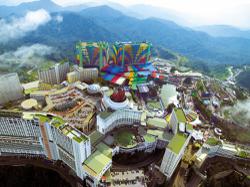