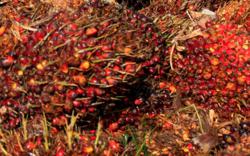 KUALA LUMPUR: Palm oil production in Malaysia is on course for its weakest showing in five years as planters grapple with the worst-ever labour shortage, and the low yields are likely to last through March.

The country’s output may slide below 18 million tonnes this year, according to Datuk Nageeb Wahab, chief executive at the Malaysian Palm Oil Association, a growers’ group that represents 40% of palm plantations by area.

That’s a drop of at least 6% from last year and the lowest annual volume since 2016.

Palm, the most consumed edible oil, has been a leading driver of this year’s stunning rally in global vegetable oil markets. Lower supplies in Malaysia and a crop disaster in Canada, the top grower of canola, have coincided with pent-up demand as economies reopen.

Palm oil has repeatedly notched fresh records, while canola climbed to an all-time high and soyoil hit a 13-year peak in May.

“Even before the pandemic we were already short of workers –mainly harvesters – but it was never this bad,” Nageeb said by phone. “The shortage is becoming worse month by month. This is a historic crunch of workers and it’s causing a multi-year shortfall in production.”

Yields will taper down toward the year-end and will likely remain weak in the first quarter of 2022, Nageeb said.

Production may improve in the second quarter, but on the condition that harvesters – including the 32,000 foreign workers the government had approved – are allowed to enter the country.

Moreover, the lack of skilled harvesters on estates have left fresh fruit bunches rotting on trees, preventing farmers from capitalising on palm’s record rally. It also means that they’ve “missed the boat” on the crop’s high production months that usually run from August to October, Nageeb said.

“We never had that peak production this year because of the high crop losses,” Nageeb said.

The industry is losing around 20% to 30% of potential production this year and will miss out on about RM20bil in revenue, or about double the amount last year. — Bloomberg