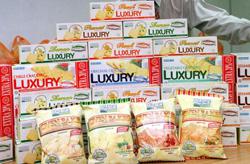 “We continue to be in discussions with potential tenants and we expect the utilisation rate to pick up strongly in the next 12 months, based on the enquiries we have right now.” - Kok Poh Fui

aims to ride on the boom of warehousing space and recovery in the logistics sector.

Towards this end, the integrated logistics services provider expects contribution from its warehousing business to increase from 10% of the group’s revenue currently to 30% in the next two to three years.

Executive director Kok Poh Fui told StarBiz that the utilisation rate at its warehouses are at almost full capacity due to the robust demand for storage space, thanks to an improving economy.

“We target to commence operations of our Shah Alam e-fulfillment centre by the end of this month. The timing is good as we are able to seize the fast growing demand for warehousing space.”

Located strategically by the side of the Elite Highway, the centre comprises a seven-storey office and a three-storey warehouse with total built-up area of 300,000 sq ft.

“We call this warehouse an e-fulfillment centre as it is a purpose-built building specially designed to facilitate e-commerce logistics.

“In fact, we have already secured a new tenant for the centre. It’s one of the large well-known courier services companies, which will take up 70,000 sq ft out of the 300,000 sq ft of the Shah Alam facility.

“We continue to be in discussions with potential tenants and we expect the utilisation rate to pick up strongly in the next 12 months, based on the enquiries we have right now,” he said.

Kok attributes the surge in storage demand to the prevalent container crunch, which caused a slowdown in goods movement, as well as the growing e-commerce market, which spurs the demand for warehousing space.

In addition to the new e-fulfillment centre, the group in September secured the lease of a new warehouse in Klang with a built-up of 100,000 sq ft. This, too, is now fully tenanted out to its customers.

Xin Hwa would also be leasing another warehouse in Kuantan from November 2021 to add another 44,000 sq ft to its stable. The group has already secured confirmed demand from customers for 100% of the space.

The existing warehouses are all located in Johor, in the area of Kempas, Pasir Gudang and Tampoi.

“In the recently announced 12th Malaysia Plan, the government has allocated RM400bil for development expenditure, which entails a continuation of mega infrastructure projects.

“This bodes well for Xin Hwa as project cargo, which is essential in undertaking these large-scale projects, is one of the group’s key strengths.”

He said project cargo is a highly specialised logistics service involving the transportation of oversized, heavy and complex structures usually of high-value in nature.

“Unlike the usual transportation of ground cargo using prime movers or trucks, project cargo services use specialised vehicles and skilled manpower with a lot of detailed pre-planning prior to the actual execution,” he said.

Close to 70% of project cargo jobs for the mass rapid transit project are undertaken by Xin Hwa.

In January this year, the group completed a major cargo job from the Ministry of Defence Indonesia to transport a submarine weighing 1,472 tonnes.

With its business presence in Indonesia, Kok said Xin Hwa was poised to benefit from the rising demand of project cargo services there.

One potential area would be the planned relocation of Indonesia’s capital city from Jakarta to East Kalimantan.

“We foresee significant capital expenditure to be spent on infrastructure, road and bridges, rail system and many more by Indonesia, which will present us many business opportunities,” he noted.

On the corporate front, the group had in October 2021 completed the disposal of two pieces of industrial land totalling 6.56 ha to Axis Real Investment Trust for RM75mil cash.

The proceeds would enlarge the group’s war chest for future investments, he said, adding that it has allocated RM35mil of the proceeds for investment purposes.

When asked about its merger and acquisition targets, Kok said it is eyeing deals that are earnings-accretive.

“We are exploring opportunities in cold chain logistics and liquid transportation. Another possibility is business in the electrical and electronics industry, if we can find good candidates. We hope to close a deal by the first half of next year,” he said.

Commenting on its financial performance, Kok said: “Just like many other industries and companies, we were hit by the pandemic.

“But if you look at the quarters where there were movement control orders, we expect our financial performance in the second half of FY22 to rebound strongly on the factors mentioned earlier – robust warehousing demand and recovery in logistics services.”

He said the group has its in-house manufacturing and fabrication yard as well as maintenance expertise.

Around 90% of its trailers are fabricated in-house instead of purchasing externally. Hence, it can save 20%-30% of its capital expenditure cost.

“With effective cost-management measures, plus the operating landscape turning favourable to us now, we believe the worst is behind us and we look forward to better financial performance ahead,” he said. 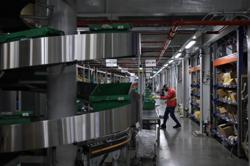