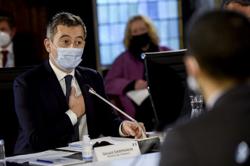 The BoE is now expected to raise interest rates for the first time since the start of the pandemic either later this year or early in 2022.

LONDON: Supply chain problems that are dragging on the economy's post-lockdown recovery will persist for at least a year, according to a survey of chief financial officers at top British companies published on Monday.

With the Bank of England trying to assess how long a recent jump in inflation is likely to last, more than half of the chief financial officers surveyed by accountants Deloitte believed consumer price inflation would still be above 2.5% in two years' time.

In August, the BoE forecast inflation would be only slightly above 2% in two years' time after hitting 4% in the coming months.

Since then Britain's economy has been further beset by the kind of supply shortages affecting other economies around the world, plus a lack of staff which has been aggravated by the country's post-Brexit immigration rules.

The BoE is now expected to raise interest rates for the first time since the start of the pandemic either later this year or early in 2022.

Deloitte said CFOs expected operating costs to rise by the most in the survey's 14-year history over the next 12 months.

Ian Stewart, Deloitte's chief economist, said the increased investment plans were being driven by the impact on Britain's economy from the pandemic and Brexit, as well as the transition to renewable energy.

Separately, the head of manufacturers' body Make UK called on Prime Minister Boris Johnson's government to stop treating business as "the enemy within" after tensions over Brexit.

"Currently there is a feeling within industry that the government is still fighting the last war and sees business as the enemy within," Stephen Phipson, chief executive of Make UK, said. "Business has moved on and government must do too."

Make UK urged finance minister Rishi Sunak to announce a new industrial strategy in his Oct. 27 budget including an extension of his two-year tax investment incentives and more measures to stimulate digital and green investment.= Reuters