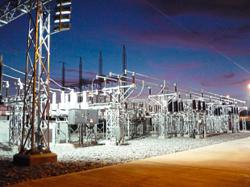 STAGFLATION has of late become a hot topic of discussion among investors, particularly in advanced economies.

With inflation pushing prices up, while economic growth is slowing down, the risk of stagflation has become a legitimate concern among investors.

While some financial experts continue to argue that elevated inflation is merely transitory, there are some quarters who thinks inflation will likely stay high for longer, into next year, or even 2023.

Stagflation is a combination of persistently high inflation and stagnation in the economy; and this is typically accompanied by high levels of unemployment.

If severe, it can be damaging to both the economy and financial markets, as seen in the 1970s.

Speaking in a TV interview, he said investors would be at their own peril to underplay the stagflation risk.

He added that the rising inflationary pressure is not necessarily all due to demand, but it is also largely due to disruption to production and supply chains, which is “negative for growth”.

Nouriel Roubini, the economist famed for predicting the 2007/09 Global Financial Crisis and Credit Crunch, has also been warning about the risk of stagflation for the past few months.

He says inflation is rising in the United States and many advanced economies, and growth is slowing sharply, despite massive monetary, credit, and fiscal stimulus.

Combined, these demand and supply dynamics could lead to 1970s-style stagflation (rising inflation amid a recession) and eventually even to a severe debt crisis,” Roubini wrote in a recent commentary.

According to a recent Deutsche Bank survey, 74% of more than 600 respondents regard rising inflation and bond yields as the biggest threat to market stability.

There is “a fairly strong consensus” that some kind of stagflation is more likely than not, the survey notes, adding that 63% of respondents think there will be another 5% to 10% pullback in the S&P 500 while another 8% feared a steeper decline.

Investment bankers Goldman Sachs and JP Morgan, however, continue to expect the current pace of inflation is transitory.

They argue any potential pullback in the stock market is an opportunity to buy on dip.

Meanwhile, Swiss franc is rallying as currency traders turn to the traditional haven currency in response to stagflation worries.

Deutsche Bank has noted that the currency of Switzerland is a good hedge play thanks to the country’s central bank having a strict inflation mandate, which may allow the franc to strengthen as a defence against imported inflation.

Gold prices have also strengthened over the week, as investors sought haven amid persistently high inflation as well as the imminent taper of bond purchases by the US Federal Reserve.

The World Gold Council (WGC) notes stagflation has historically hit equities hard, while fixed-income returns have been variable. Commodities and gold, on the other hand, have fared well.

Nevertheless, the WGC cautions against prescriptively applying historical performance to future expectations, noting gold’s strong performance since 2018 could be a headwind.

“Gold has not benefited from record-low real rates and high inflation in 2021. We believe this has to do with rosy expectations about inflation, growth and equities,” it says.

“Record low yields might constrain bonds’ hedging potential in a risk-off event, offering gold an opportunity to command some of those defensive flows, should a shock to risk assets materialise,” it adds.

While elevated inflation and stagflation concerns are more prevalent in advanced economies, they could also pose challenge to emerging markets, as their performance and outlook could be affected by financial and economic conditions in the developed world.

“Nevertheless, it is a risk that we continue to take note of because what happened in the financial markets of developed economies will also affect us in emerging Asia,” he says.

“At the moment, though, our focus remains on the economic recovery theme,” he tells StarBizWeek.

RHB Research expects the discussion around inflation risks impacting market sentiment will likely broaden to include Asia (excluding Japan) in addition to the current geographies of concern of the United States, Europe, and some other emerging markets at end-2021 to early 2022.

For South-East Asia, the brokerage explains, the aforementioned shift in market sentiment could result in the risk of the bond market start pricing in interest rate hikes in the region abruptly and cause front end rates to rise significantly and unexpectedly at end-2021 to early 2022.