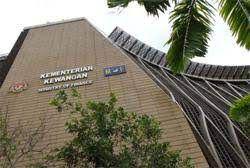 He said the government’s long-term fiscal consolidation goal, as stated in the 12th Malaysia Plan (12MP), marked an improvement compared to the current expected fiscal deficit target of 6.5% to 7% for 2021.

“Of course, this assumes that fiscal environment is status quo. The government’s plan to reintroduce the goods and services (GST) tax is nowhere mentioned in the 12MP. Similarly, the capital gains tax and the windfall tax mulled by the government are also missing.

“Nevertheless, we did not rule this factor out. There could still be surprises in Budget 2022 to be tabled at the end of October,” he said in a research note.

The economist described the 12MP as “a fine balance between finding new ways to spur economic growth while at the same time keeping government finances in check.”

“In this regard, the focus has been more towards expediting the 4th Industrial Revolution (4IR), enhancing the digital economy, raising the contribution of small and medium enterprises, as well as a greater focus on renewable energy,” he added.

Additionally, Nazmi said ”the impact of the 12MP on the 2022 economic outlook is neutral” but over the long term, growth prospects could improve given the higher allocation for development expenditure, which could serve as a catalyst for stronger investment growth.

“For 2021, our GDP growth forecast is maintained at 5.4%, while for 2022, growth is forecast at 5.5% with risks tilted to the upside,” he said, adding that overall, the 12MP has provided a clear direction of fiscal policy over the next five years.

The government has set more pragmatic targets in 12MP compared to the more ambitious initial targets of 11MP, he noted.

In 12MP, the lack of commercialised innovation and low productivity is addressed through a higher research and development allocation, and the masterplan focuses on the development of strategic industries including electrical and electronics, global services and aerospace. — Bernama