KUALA LUMPUR: The headline IHS Markit Malaysia manufacturing Purchasing Managers’ Index (PMI) rose to 43.4 in August from 40.1 in July, indicating a sharp deterioration in the health of the sector, but one that was softer than those recorded over the prior two months.

“Looking at the historical relationship between the PMI and official statistics, the latest reading is representative of a moderation in manufacturing production and broadly stagnant GDP, as the survey pointed to the ongoing impact of the Covid-19 pandemic on the economy,” IHS Markit said in a statement.

A reading above 50 indicates an overall increase compared to the previous month, and below 50 an overall decrease.

IHS Markit said August data suggested that output fell among the surveyed companies for the fourth month in a row.

“The pace of the reduction remained marked but was the softest since May. Firms commonly attributed the decline to a lack of demand and shortages of inputs causing companies to reduce production,” it added.

IHS Markit said new order volumes also fell, though the pace of the decrease was the softest in the current three-month sequence.

At the same time, there was a renewed fall in employment at Malaysian manufacturing firms in August.

IHS Markit said looking ahead, Malaysian manufacturers were increasingly optimistic regarding the year-ahead outlook for output.

It added that expectations reached the highest since April, underpinned by hopes that the pandemic would recede, inducing a broad-based economic recovery and an improvement in the health of global supply chains.

IHS Markit chief business economist Chris Williamson said an easing of some COVID-19 lockdown measures helped take some of the pressures off Malaysian manufacturing in August.

He said IHS Markit’s COVID-19 containment index showed the lowest levels of restrictions since April, facilitating a rise in the headline PMI to its highest since May.

“Encouragingly, business expectations for the coming year improved during the month, as more companies grew optimistic that the worst of the pandemic has passed.

“Concerns over the spread of the Delta variant nevertheless meant the outlook remains more uncertain than earlier in the year, keeping a lid on the overall degree of optimism,” he said. 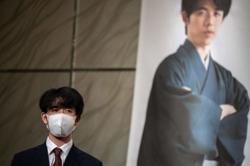