Speaking during a virtual briefing yesterday, Abdul Rahman (pic) said the banking group remained “concerned and cautious” about the potential downside risks in the second half (H2) of FY21.

has slashed its loan growth target for 2021, following the contraction in total loans in the first six months of the year and the anticipation of a more challenging outlook in the second half.

Total loans are expected to grow by only 2% to 3% in financial year 2021 (FY21) as compared to the earlier target of 4% to 5%, according to CIMB Group chief executive officer Datuk Abdul Rahman Ahmad.

This was largely due to the challenging pandemic-affected environment and business recalibration in selected key markets as CIMB reshaped its portfolio in line with its Forward23+ strategic plan.

Speaking during a virtual briefing yesterday, Abdul Rahman said the banking group remained “concerned and cautious” about the potential downside risks in the second half (H2) of FY21.

This was primarily due to the Covid-19 Delta variant, which has added to the uncertainty surrounding the opening of regional economies and economic recovery.

“The prolonged lockdown will likely result in headwinds to operating income growth, coupled with the impact of the payment assistance modification loss and elevated provisions,” he said.

CIMB Group chief financial officer Khairul Rifaie, (pic below) who also spoke during the briefing yesterday, said the banking group’s modification loss in H2 could be higher than the amount recorded in H1 of the year. 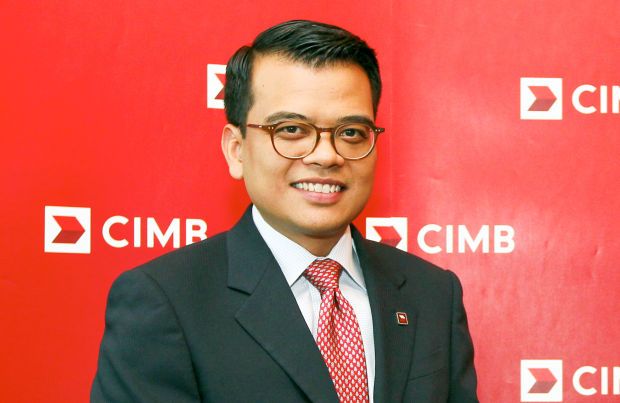 However, on a y-o-y comparison, the modification loss would be lower, he added.

This was because there were more borrowers under CIMB’s payment assistance programme last year.

Currently, Abdul Rahman pointed out that about 27% to 30% of CIMB Malaysia’s retail portfolio was under the payment assistance programme in line with the government’s National People’s Well-Being and Economic Recovery or Pemulih stimulus package.

“This number is relatively higher than our Targeted Payment Assistance (TPA) programme, but much lower compared to last year’s blanket loan moratorium.

“Under the previous blanket loan moratorium, the percentage of borrowers that benefited were close to 85%.

“It came down under the TPA programme to about 15% and now, under the Pemulih loan moratorium, it has grown back to about 27%,” he said.

Abdul Rahman described the loan repayment assistance provided to borrowers in Malaysia as a “broad coverage” compared to the financial relief it provided in its other markets, namely, Thailand and Indonesia.

“Their (Thailand and Indonesia) numbers are significantly lesser, around about low double-digit figures,” he added.

As of mid-August 2021, CIMB Malaysia had provided financial payment relief assistance to around 480,000 individuals, small and medium enterprises as well as business banking customers. Yesterday, CIMB announced that it posted improved profits in the second quarter (Q2) of FY21, thanks to higher operating income, tight cost control and lower provisions.

Net profit in the three-month ended June 30 rose nearly four-fold to RM1.08bil compared with RM277.08mil a year ago.

Revenue jumped almost 21% y-o-y to RM4.67bil from RM3.87bil in the previous corresponding quarter.

For the quarter under review, the banking group has declared a dividend payout of 10.44 sen per share.

Cumulatively, for the first six months of FY21, CIMB’s net profit surged by more than four-fold to RM3.54bil as compared to RM785mil in the same period last year.

The latest six-month net profit included a significant net contribution from exceptional items, primarily the one-off revaluation gain of RM1.16bil from the deconsolidation of TNG Digital reported earlier in Q1 of FY21.

This was partially offset by RM258mil mainly related to the write-off and accelerated amortisation of intangible assets in Q2.

Of this, net interest income grew 14.8% to RM7.06bil, largely driven by improved net interest margins in Malaysia and Indonesia.

Core non-interest income strengthened by 29.8% y-o-y to RM2.42bil, driven by stronger treasury and markets and wealth management income despite slower momentum in 2Q21.

“Total deposits slightly increased by 0.3% y-o-y while current account and savings account (CASA) continued to grow strongly at 8.7% y-o-y, with the CASA ratio reaching 41.6% as at June 2021,” stated CIMB.

The total capital ratio also strengthened by 0.3% to 17.4% as at June 2021. CIMB’s liquidity coverage ratio remained above 100% for all banking entities within the group.

Looking ahead, Abdul Rahman said CIMB’s focused investments under its Forward23+ strategic plan are progressing well, particularly in the areas of cost rationalisation and wealth management.

“With more than 50% of banking transactions now being carried out online, we have strengthened our digital proposition and will continue to invest in technology to enhance customer experience,” he added. 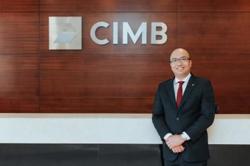