Pharmaniaga skids on govt plan to focus on Pfizer 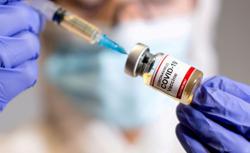 fell to a low of 88.5 sen on Friday after the government said states will begin dispensing more Pfizer-BioNTech vaccines over Sinovac.

Pharmaniaga has the contract to deliver the Sinovac vaccines and the latest statement worried investors as it had plans to expand the output of the China vaccine later.

It was reported Sinovac will no longer be a part of the government’s Covid-19 vaccination roll-out, but private entities are still allowed to use it in their programmes.

Khairy Jamaluddin, who oversees the Covid-19 Immunisation Task Force, said he will be addressing the matter in a press conference on Friday.

Malaysia has procured 45.7 million doses of Pfizer-BioNTech vaccines - the country’s biggest order of all.

“We will start to move on to Pfizer-BioNTech vaccines as we started giving out many Sinovac vaccines to states at first.

“We ordered 16 million doses of Sinovac vaccines, and half have already been given out. The other half needs to be kept for second doses.

“So, after this, other states will also be switching gradually to Pfizer-BioNTech,” said Dr Adham said.

It was also reported Pharmaniaga LifeScience Sdn Bhd (PLS) is expected to deliver 12.4 million doses of the Sinovac Covid-19 vaccine to the government by next week, instead of November under the original agreement.

Pharmaniaga managing director Datuk Zulkarnain Md Eusope was quoted saying the supply was being hastened by four months following the surge in cases since April while PLS was operating 24 hours each day in order to achieve the target.

Zulkarnain said up to now, PLS had delivered 11.5 million doses or 93% of the Sinovac vaccine, comprising 3.6 million doses through “fill and finish” manufacturing and 7.9 million doses of the finished product that was imported.

"Pharmaniaga had signed a contract to supply about 12 million doses of the vaccine to the government, whereby under the contract, we have to complete the delivery by November,” he said. 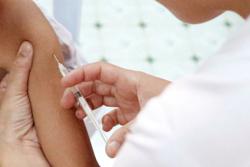 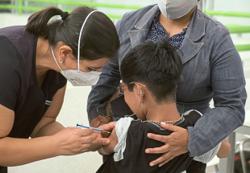