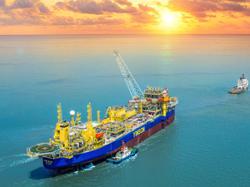 edged up in early trade Monday after it reported earnings that were in line with analysts’ expectations.

Yinson’s net profit for the first quarter ended April 30, 2021 (Q1) jumped to RM112mil from RM47mil in the same period a year earlier.

Its revenue for the first quarter also surged to RM992.0mil from RM344.0mil year-on-year.

“1Q core net profit of RM116mil came in within expectations at 20% and 25% of our and consensus full-year forecasts, respectively. No dividends were announced, as expected,” it said.

Meanwhile, in light of the group’s energy transition efforts, Yinson is also expected to continue expanding its renewable energy ventures to reach a development pipeline of 3-5GW global capacity in the coming years.

“Maintain outperform, albeit with a lowered SoP-target price of RM6.55 (implying forward PER of 13x), from RM6.95 previously, after some post-results model updates.

“Our FY22E/FY23E core earnings are also slightly trimmed by 4%/9% after tweaking our EPCIC profit recognition assumption to be more in line with the project’s conversion timeline,” Kenanga said. 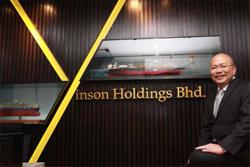 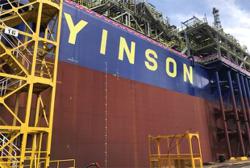