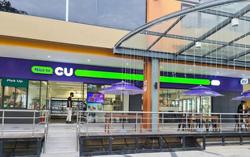 Positively, MyNews saw the launch of its new format stores, CU CVS and MyNews SUPERVALUE during the quarter.

KUALA LUMPUR: MyNews Holdings’ (MyNews) reported a RM10.3mil net loss in 2QFY21 which disappointed expectations on the back of a longer-drawn Movement Control Order (MCO) year-on-year, which weighed heavily on sales and the product mix.

UOB Kay Hian Malaysia Research said on Monday the 1HFY21 earnings were below its forecast of -RM5mil.

“The negative deviation was due to MyNews’ performance being weighed by a longer drawn-out MCO relative to 2QFY20, ” it said.

With a net closure of 21 stores, total store count declined to 518 stores for the quarter.

The lower in-store sales for the quarter were attributed to a higher number of 89 trading days being impacted by the MCO as opposed to 44 trading days in 2QFY20.

Positively, MyNews saw the launch of its new format stores, CU CVS and MyNews SUPERVALUE during the quarter.

“Product mix took a hit as gross margin contracted 150bp to 31.8%, attributable to o a decline in ready-to-eat (RTE) sales. However, margins have stabilised on a qoq basis. Sluggish in-store sales dragged on the processing centre (FPC), as it realised a loss of RM3.2mil.

“We note that despite higher qoq sales, FPC losses were similar to the preceding quarter. Meanwhile, its JV entity, WH Smith, which operates in airports, saw losses double to -RM0.6m from -RM0.3m in 2QFY21.

UOB Kay Hian Research said FPC’s breakeven timeline is likely to be in 2H22 at the earliest.

In 2020, MyNews revealed a whole range of initiatives to boost the uptake of its FPC products, including new management personnel.

While it is a step in the right direction, the research house thinks Covid-19 has stonewalled most retailers, especially convenience store operations, which are highly dependent on passing foot traffic and impulse purchases.This has heavily curtailed its turnaround efforts, it said.

“We think MyNews’ FPC may only break even in 2H22 at the earliest. While the emergence of its new store format, CU, would boost ready-to-eat and fresh food sales, CU has yet to be scaled up to make a significant impact, ” it said.

“We expect MyNews to see at least three additional quarters of losses. The gradual easing of the MCO will be inadequate to drive sufficient foot traffic for MyNews stores to break even over the near term. In addition, spending ability has seen an overall deterioration, ” it said 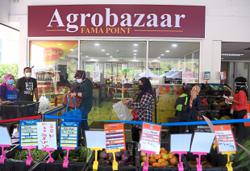