The results will be met by a sigh of relief on Wall Street, where firms had been limited on what they can pay out to investors. Analysts expect banks like JPMorgan Chase, Bank of America and Goldman Sachs will be able to pay out more than US$100 billion together over the next four quarters.

WASHINGTON: Large banks will no longer face pandemic-era restrictions on how much they can spend buying back stock and paying dividends, the Federal Reserve announced Thursday after finding the firms would remain well capitalized in its latest stress test.

The central bank said the test found 23 of the largest firms would suffer a combined US$474 billion in losses under a hypothetical severe downturn, but that would still leave them with more than twice as much capital required under Fed rules. As a result, the Fed will lift limits on buybacks and dividends it had put in place at the onset of the coronavirus pandemic.

The results will be met by a sigh of relief on Wall Street, where firms had been limited on what they can pay out to investors. Analysts expect banks like JPMorgan Chase, Bank of America and Goldman Sachs will be able to pay out more than US$100 billion together over the next four quarters.

The severity of losses under the test will be a factor in setting new capital requirements for each firm and setting boundaries for future dividends and share buybacks.

The Fed said it expects banks to wait until after markets close at 4:30 p.m. EDT (2030 GMT) on Monday to announce dividends and capital plans.

Banks suffered heavy losses in the test, which saw the hypothetical jobless rate surge to 10.75%, the stock market lose over half its value, and the economy contract by 4% driven by particularly heavy losses in commercial real estate. But even then, the Fed said overall bank capital ratios only fell as low as 10.6%, more than twice the regulatory minimum.

Thursday's results support Fed Vice Chair Randal Quarles's stance that banks have performed well during the pandemic and as the economy reopens will be able to operate from a position of strength.

“Over the past year, the Federal Reserve has run three stress tests with several different hypothetical recessions and all have confirmed that the banking system is strongly positioned to support the ongoing recovery, ” said Quarles in a statement on Thursday.

It also marks a return to normal for the Fed, after the central bank had to upend its testing process in 2020 to account for the coronavirus pandemic. The rapid onset of lockdowns in a bid to contain the virus led to an economic downturn that outpaced in many ways the Fed's prepared June test. Instead, the Fed had to add more severe scenarios to its June exam and tested banks a second time in December to ensure they were weathering the pandemic.

The Fed imposed the extra payout restrictions one year ago after finding banks overall suffered heavier losses under its pandemic-informed analysis. The central bank then began to step those back in December when banks posted stronger results, allowing firms to begin buying back stock alongside paying dividends, while still capping their size. 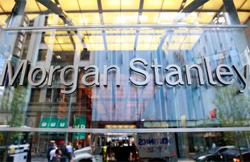