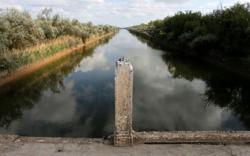 Group executive director William Kho Pok Tong (file pic) said KKB is expected to submit bids for new water supply projects worth up to RM710mil in the second half of 2021.

Group executive director William Kho Pok Tong said KKB is expected to submit bids for new water supply projects worth up to RM710mil in the second half of 2021.

“These upcoming bids of water supply projects are of varied scopes and include supply of steel water pipes. The outcome of these tenders are expected to be known in the first half of 2022 by the latest, ” he told StarBiz.

The ambitious Sarawak Water Supply Grid Programme was launched in 2018 and the Sarawak government increased its project funding by RM1.2bil to RM4bil last year.

Kho said KKB had secured seven water supply contracts worth a combined RM240mil since 2019, and completed one of them. For the ongoing six projects, three are due for completion this year and the remaining three will be completed in 2022. All these projects include in-house supply of water pipes.

In the past three years, KKB, which is Sarawak’s sole steel water pipe manufacturer, had independently supplied some RM180mil worth of water pipes to external customers, including other contractors of water supply projects.

According to Kho, KKB group’s current tender book stands at about RM440mil, comprising bids submitted by its engineering and construction and manufacturing divisions as well as its oil and gas subsidiary OceanMight Sdn Bhd. He said the results of these tenders are expected to be known in the second half of 2021.

The group has an order book of about RM650mil, including a work package under Pan Borneo Highway project, with progressive billings until early 2023.

Kho said OceanMight is targetting to tender up to seven projects for the fabrication of offshore structure in the oil and gas industry between the second half of 2021 and 2022, including those under the concept of “Design 1 Build Many” (D1BM).

“The concept of D1BM shall be the process issued by oil and gas majors and principally encompasses an engingeering, procurement and construction (EPC) scope for the successful bidders.

“Majority of the targetted seven bids by OceanMight are for the D1BM works to be rolled out, ” he added, declining to disclose details due to confidentiality and the signed non-disclosure agreements OceanMight has with the oil majors. OceanMight’s focus is on projects in Sarawak and Sabah waters.

Kho said with May 2021 crude oil price averaging above US$65 (RM266) per barrel, and barring further geo-political tension, most projects highlighted in the current Petronas Activity Outlook would appear to be on track.

He expects the widespread Covid-19 pandemic to continue to impact KKB group’s ongoing projects and manufacturing activities as it has caused disruptions to the global supply chain and logistics which impact the supply of materials, equipment and resources for the smooth implementation of projects.

“KKB’s diverisifed operations coupled with its healthy financial position will continue to bolster the group’s development in bracing the adverse impact under the prevailing competitive and challenging business environment. The group will also intensify efforts to seek for new opportunities to strengthen its performance prospectively.”Kho said as at March 2021, KKB group had cash and cash equivalents of RM152.7mil.

In first quarter ended March 31, 2021, KKB recorded a group after-tax profit of RM11.7mil on a revenue of RM99.7mil against RM9.3mil and RM108.2mil respectively in the corresponding quarter last year.