The UK's Competition and Markets Authority (CMA) said on Tuesday it was inviting comments from any interested party on the deal to help its assessment, a routine carried out for major deals, and set a deadline of June 3 for any submissions

LONDON: Britain's competition regulator is reviewing AstraZeneca's planned US$39 billion takeover of U.S.-based Alexion on whether it could reduce competition in Britain or other markets.

The UK's Competition and Markets Authority (CMA) said on Tuesday it was inviting comments from any interested party on the deal to help its assessment, a routine carried out for major deals, and set a deadline of June 3 for any submissions.

Anglo-Swedish drugmaker AstraZeneca agreed to buy Alexion in December in its largest ever deal in a bet on rare-disease immunology and to boost its business, which includes a fast-growing cancer medicines unit and a major COVID-19 vaccine.

AstraZeneca's European peers Roche and Novartis also have a portfolio of drugs for rare diseases and immunology products.

The CMA review is part of an initial analysis the regulator refers to as "phase 1", and is likely to be wrapped up by July 21, it said, adding the CMA expects to post its decision afterwards if the deal has been cleared or referred to a deeper,"phase 2" probe.

"The commencement of the UK CMA's formal review is another important step towards closing of the proposed acquisition, which we continue to expect will be in the third quarter of 2021," a representative for AstraZeneca said.

Shareholders of the Cambridge, UK-based company cleared the proposed deal at a general meeting earlier this month where 99.89% of votes cast were in favour of approving it.

The United States in April approved the deal, as have other countries including Canada, Brazil and Russia. Regulatory clearances from regions such as Japan and the European Union are pending.

AstraZeneca, whose stock was 0.3% lower at 8,127 pence by 1112 GMT, is hoping an improved version of Alexion's best-selling drug and other rare-disease medicines will help build a deeper hold in China and other emerging markets.

Boston, Massachusetts-based Alexion was not available for comment outside of business hours. 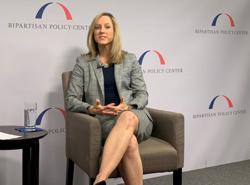 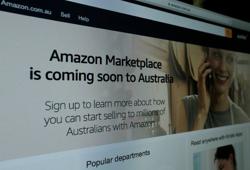