Cementing the road to recovery

ABOUT two years after seeing the entry of YTL Cement Bhd as its major shareholder, Malayan Cement Bhd

plans to buy 12 subsidiaries owned by the former for RM5.16bil.

These subsidiaries, involved in the cement and ready-mixed concrete business, are now housed under conglomerate YTL Corp Bhd

The asset rationalisation, which includes three integrated cement plants held under Pahang Cement, Perak-Hanjoong and Straits Cement, is seen as a win-win for both parties.

For YTL Corp, it partly crystallises value in YTL Cement’s units from the RM2bil cash portion of disposal.

As for Malayan Cement, the deal will transform it into a major cement player with an estimated 60%-65% market share in Peninsular Malaysia and poised to ride the economic recovery after a Covid-19 vaccine-driven return to normal.

Operation-wise, there would be efficiencies to reap from economies of scale, while from a corporate governance perspective, the deal reduces concerns on recurrent related-party transactions between the two listed entities. 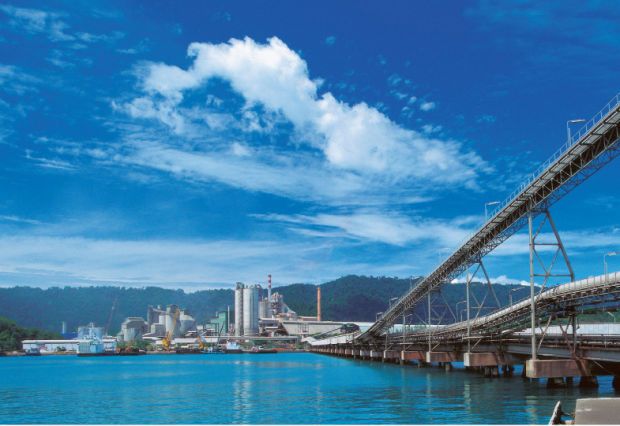 One big positive from the exercise is that the injection of YTL Cement’s assets, will fast track Malayan Cement’s path to profitability, say analysts.

While the latter has been loss-making over the past three years, YTL Cement has strong operational and financial profile.

“An earnings-accretive exercise. The acquiree companies have an aggregate revenue and profit after tax of RM1.47bil and RM176.1mil, respectively, for the six-month period ended Dec 31,2020 (1HFY20), ” says MIDF Research.

That said, MIDF notes that there has been a huge improvement in the financial performance of Malayan Cement in the first six months of the financial year 2021, which showed the bottom line to be on brink of the break-even level following the group’s initiative to embark on post-integration with YTL Cement.

Continuous cost synergies and steady growth will present an exciting earnings turnaround prospect for the group from the financial year 2021 onwards, it adds.

CGS CIMB Research estimates an over eight-fold accretion to financial year 2022 (FY22) forward earnings per share (EPS) and an 18% increase in FY22 book value (BV) for the enlarged group. As for FY22’s forecast revenue, it estimates a jump by almost three-fold from RM1.5bil to RM4.5bil.

“The deal transforms Malayan Cement into a major domestic cement recovery play, offering investors exposure to a larger and more profitable cement player with focus on the medium to longer-term recovery of the domestic cement sector, ” CGS CIMB says in a recent report where it upgraded the stock to an “add” with unchanged target price of RM3.26.

But for now, CGS CIMB is retaining its FY21-23 EPS estimates pending the deal completion, targeted in the third quarter of 2021 (Q3CY21).

Apart from the RM2bil cash part, the deal will be funded through the issuance of RM1.4bil worth of new Malayan Cement shares and RM1.8bil worth of irredeemable convertible preference share (ICPS). Both the new shares and ICPS will be issued at RM3.75 -- the price YTL Cement had paid for the acquisition of its 76.98% equity interest in the company, then known as Lafarge Malaysia Bhd, in 2019.

The transaction is conditional upon the completion of Malayan Cement’s recent private placement and needs shareholders’ approval at an extraordinary general meeting.

Affin Hwang Capital believes the deal is fair although the acquisition price to book value (P/BV) of 2.95 times, based on the RM5.16bil purchase price, is at a premium to its valuation of RM2.6bil (P/BV of 1.5 times).

“We believe the valuation is justified given the proforma price earnings ratio (PER) of 14.6 times, which is at a discount to regional peers’ average of 21 times PER for CY20, ” it says.

After the private placement and acquisition, Malayan Cement’s gearing is expected to increase from 0.35 times as at end-December 2020 to 0.6 times, which analysts believe is manageable with the improved operating cash flows post-acquisition of YTL Cement’s Malaysian operations.

However, in the event there is a prolonged downturn due to the lingering pandemic, this could impact profitability and cash flow of the enlarged group, say analysts.

For the 1HFY21, Malayan Cement reported a core net loss of RM6.2mil, which had narrowed significantly from a net loss of RM72.8mil during the same period a year ago. This came on the back of higher cement average selling prices (ASP), lower coal cost and cost-cutting initiatives undertaken by YTL Cement. However, this was partially offset by lower sales volume as the local property and construction sectors continued to languish.

CGS CIMB notes that cement average selling prices (ASPs) had spiked to RM230 per tonne at end-2020 from around RM200 per tonne pre-Covid-19 due to pent-up demand after subdued construction activities in 2020. It has since fallen to an average of RM200 per tonne year-to-date due to the reinstatement of movement restrictions and slow rollout of projects.

Shares of Malayan Cement was last traded at RM3.05 yesterday, giving the stock a market capitalisation of RM2.59bil. 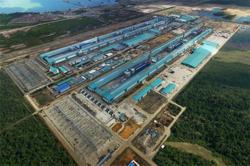