Insight - Some commodity producers lagging the rallies in red-hot metals

High demand: An employee works at a copper smelter in Ventanas, Chile. Much of the rally in commodities has been built on China’s seemingly insatiable demand, with the world’s second-largest economy having boosted stimulus spending on commodity-intensive infrastructure and construction projects. — Reuters

THE global rally in commodities has seen some like copper and iron ore probe record highs, but when it comes to the companies producing natural resources the gains in their share prices have been largely lagging and uneven.

Copper has gained 28.1% since the end of last year and is up 114.9% from its 2020 low, hit in March of that year amid the global economic fallout as countries locked down their populations and halted travel in a bid to contain the spread of the coronavirus pandemic.

Spot iron ore for delivery to north China, as assessed by commodity price reporting agency Argus, reached US$193.50 a tonne on April 28, narrowly beating its previous record of US$193.00, also reached a decade earlier.

The spot price has gained 16.7% from the end of the year to Wednesday’s close of US$186.60 a tonne, and is 134.4% higher than the 2020 low of US$79.60, reached in late March. Other commodities, especially metals such as tin and aluminium, have also performed strongly this year.

Much of the rally has been built on China’s seemingly insatiable demand, with the world’s second-largest economy having boosted stimulus spending on commodity-intensive infrastructure and construction projects in order to recover from the pandemic.

But while prices for metals have been robust, the share prices of major producers have not quite matched the stellar gains of the commodities they produce.

Rio Tinto, the Anglo-Australian miner that is currently the world’s biggest iron ore miner and a major producer of copper, should be the standout beneficiary of the current rally in metals.

Certainly, its Australian-listed stock has performed well, rising 10.4% since the end of last year and 72.7% since the 2020 low in March in local currency terms.

But it’s worth noting that in the rally after the 2008 recession, which like the current surge was built largely on Chinese commodity demand, Rio’s shares leapt 206% between the low in December 2008 to a peak in April 2010, while copper only managed a rise of about 179% over the same period.

Comparing commodity price gains with those for the shares of producer companies has an element of comparing apples and oranges, given several factors affect the valuation of equities, including the value of potential dividends, debt levels and expected capital expenditure.

However, with the huge rally in commodities, it may be expected that dividends will also surge, which in turn should help drive share price outperformance.

Rio is especially well placed in iron ore, with the cost of delivering a tonne of the steel-making ingredient to the export port in Western Australia state around US$15 a tonne.

While there are other costs to take into account such as taxes and royalties, there can be no doubt Rio is generating massive amounts of free cashflow at the current prices for iron ore and copper.

Its Australian shares have risen 13.2% from the end of last year and 103% since the low last year in March, which is a strong return, but again lagging the performance of the metals the company produces.

BHP has also outperformed Rio in the past year, which is perhaps incongruous given the company has a substantial exposure to some of the commodities that may be viewed as relative strugglers, such as both coking and thermal coal and crude oil.

Singapore-traded coking coal futures, based on the free-on-board price in Australia have increased by just 10.2% since the end of last year, and by 11.8% from their 2020 low in November of that year.

Australian coking coal has been hit by China’s unofficial ban on imports from Australia amid a political fight between Beijing and Canberra.

BHP also has exposure to crude oil, a commodity that seems to be performing strongly amid hopes for a global recovery in travel and transport as economies re-open from pandemic-led closures, but in reality is most likely being propped up by output restrictions by the Opec+ producer group.

Brent crude futures have risen 33.1% since the end of last year and 257% from the low in 2020, but these percentage gains are largely misleading given the huge fall in the early part of the pandemic.

Brent has returned to the levels that prevailed for the months prior to the coronavirus outbreak, while iron ore has more than doubled and copper has nearly doubled.

So, is it surprising that major oil and natural gas producer Exxon Mobil has performed as well as, if not better on some measures, than Rio and BHP in recent months.

It could be that investors are taking a view that iron ore, copper and other metals have reached their ceilings, at least for the time being, while crude oil and natural gas have a better potential growth story. — Reuters 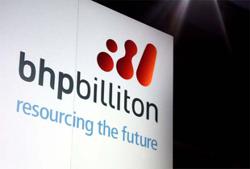