Taken over: A man walks past a Krispy Kreme neon sign in New York. The company was bought by privately owned JAB Holding Co in a US$1.35bil deal in 2016 when the investment firm was ramping up its bets on the coffee and restaurant businesses. — Reuters

NEW YORK: Krispy Kreme said it had confidentially filed with US regulators for an initial public offering (IPO), a move that would result in the doughnut chain’s return to the stock market five years after it was taken private.

The company first went public in 2000, but it had to file for Chapter 11 bankruptcy following financial restatements, investigations into its accounting practices and a plunge in sales at some of its franchisees.

It was bought by privately owned JAB Holding Co in a US$1.35bil (RM5.57bil) deal in 2016 when the investment firm was ramping up its bets on coffee and restaurant businesses.

The doughnut chain’s move would help it tap into a historic boom in US capital markets, with companies raising US$167bil in 2020, according to Dealogic data, a record that investment bankers expect will be surpassed this year.

It also comes at a time when demand is rising for snacks and sweets from customers craving familiar treats while staying at home due to Covid-19 restrictions.

As a part of a promotion earlier this year, the company gave away free glazed doughnuts to anyone who showed a valid Covid-19 vaccination card at a Krispy Kreme store in the United States.

Known for its glazed sugary treats, Krispy Kreme opened its first store in North Carolina in 1937 when it started selling doughnuts in local grocery stores. It now sells its treats in 12,000 grocery and convenience stores in the United States and operates nearly 1,400 shops in 33 countries. 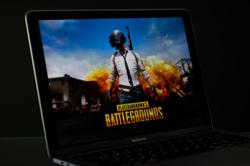 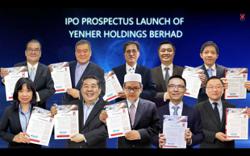