BEIJING: Most of China’s financial banking institutions are safe from risks as of the fourth quarter last year, according to the central bank.

Most of the 4,399 banking financial institutions ranked by the People’s Bank of China (PBoC), including 24 large banks, 3,999 medium and small banks, and 376 non-banking institutions, were within safe boundaries, whose assets account for 98% of the total, the central bank said.

The PBoC ordered financial institutions to enhance risk control and shared the ranking results with local governments to help monitor and fend off risks, the central bank said.

The PBoC said it is also working to provide the ranking results to China’s securities regulator and local governments as a reference for significant matters of the financial institutions. These include public listings and capital increases, as well as local fiscal-fund bidding management.

Meanwhile, the Export-Import Bank of China (China EximBank) has increased loan support for small and micro-businesses, with outstanding funds topping 100 billion yuan (about US$15.4bil or RM63bil) under a targeted programme by the end of March.

Under the loan model, the policy bank provided low-cost funds to medium and small banks, which then grant the loans to small and micro-businesses to reduce their financing cost.

China has rolled out a slew of measures to reduce financing costs of small and micro-companies.

Outstanding inclusive finance loans to small businesses climbed by 30.3% by the end of 2020 from the previous year to 15.1 trillion yuan, central bank data showed.

Separately, China Merchants Bank, one of the largest lenders in China, posted net profit growth of 15.18% in the first three months of 2021.

The bank raked in 32.02 billion yuan in net profit attributable to shareholders during the period, according to the company’s latest earnings report filed with the Shanghai Stock Exchange.

By the end of March, the bank’s non-performing loan ratio declined five basis points from the end of last year to 1.02%, while its provision coverage ratio rose 1.2 percentage points to 438.88%. 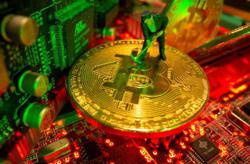