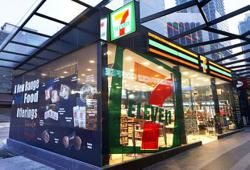 PETALING JAYA: The recent spike in the Covid-19 cases could dent the recovery in footfall for 7-Eleven Malaysia Holdings Bhd

stores in Malaysia due to fears of infection.

This may see sales for the second quarter of financial year 2021for 7-Eleven coming in weaker due to the rise in Covid-19 cases as well as fasting month.

CGS-CIMB Research said that while footfall in suburban stores (more than half of the total store base) should remain stable, it thinks that concerns over contracting Covid-19 could hamper footfall for its other store clusters in urban and commercial areas

“As such, while we think that Q1FY21 revenue likely recovered quarter-on-quarter, sales in Q2FY21 could be sequentially weaker due to the rise in Covid-19 cases coinciding with the fasting month, ” it said in a report yesterday.

Moving forward, the research house expects 7-Eleven to remain focused on improving its product mix and optimising cost base.

This was illustrated in FY20 when the convenience store segment’s profit after tax margin remained stable at 2.3% (FY19: 2.3%) despite segment revenue declining by 12.7% year-on-year.

“We gather that this was brought about by lower distribution costs and improvements in shrinkages and overtime costs, which led to a steeper decline in operating costs compared to revenue, ” it noted.

Despite the uncertainties, CGS-CIMB expects 7-Eleven’s core profit to grow 5.1% in FY21 underpinned by store expansions and recovery in footfall.

It pointed out that 7-Eleven added two new outlets last year and would resume its store opening target of 100-150 stores per annum, not including closures.

“Growth prospects for its Caring Pharmacy operations also remain strong, with its target of opening 15 outlets per annum from 144 outlets at end-FY20, ” CGS-CIMB said.

(BCorp) could see long-term synergy realisations between 7-Eleven and other BCorp-related retail companies, including Caring Pharmacy, in areas such as procurement, logistics and rental negotiations.

The research house reiterates its “add” call with a higher target price of RM1.87 per share, based on an updated 29 times calendar year 2022F price-earnings ratio from 24 times, which is in line with its five-year mean.

“We remain optimistic about 7-Eleven’s efforts to improve its operating efficiencies and the profitability of its sales product mix while maintaining its store expansion drive, in addition to strong growth prospects for Caring Pharmacy, ” CGS-CIMB said.

7-Eleven has about 2,400 stores nationwide, accounting for about 64.9% of the total number of convenience stores held by major