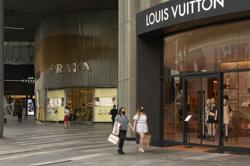 CHINA’S inclusion in the FTSE World Government Bond Index (WGBI) may pose a competition to Malaysia’s sovereign debt market. However, the risk of capital outflow is expected to be manageable, as China’s bonds will only be added into the index through a phased inclusion over a period of 36 months from October this year.

The long phase-in period for China’s inclusion, and the removal of Malaysia from the watchlist for exclusion from WGBI, have been positive news for the Malaysian Government Securities (MGS) market.

FTSE Russell’s decision over the week to retain Malaysia in the WGBI resulted in a “relief rally” in the MGS market, with the benchmark 10-year MGS yield falling 9 basis points (bps) to 3.24% on Thursday from 3.33% last Friday.

Some analysts reckon that MGS yields will likely ease further in the short term as demand for MGS improves.

Nevertheless, the upside remains limited, according to Maybank Investment Bank, because of the cautious investor mood.

“As the threat of exclusion is now removed, this is certainly a welcome positive news. We expect a knee-jerk relief rally in MGS, although market strength will likely be capped by the prevailing cautious bond sentiment and we believe the market largely expected a stay for Malaysia, ” the investment bank says.

FTSE Russell on Monday announced Malaysia would be removed from its watch list for potential reclassification of its market accessibility level from “2” to “1”, and that the country would retain its membership in WGBI. The wholly owned subsidiary of the London Stock Exchange Group cited Bank Negara’s initiatives in improving secondary market bond liquidity and enhancing the foreign exchange market structure and liquidity as catalysts for the decision.

An analyst reckons while an overhang has removed, the country’s sovereign bond market remains subject to volatility in tandem with the prevailing uncertainties in the external market.

“This is a short-term positive for Malaysia; there is relief, no doubt, but there are still headwinds ahead that continue to pose downside risks to the market, ” he says.

“For instance, we have seen investors turning cautious on emerging markets, and pulling out from their debt markets because of the increase in US long-term real rates. In Malaysia, there is also the political risk that could come back and spook the market, ” he adds.

At present, Malaysia’s weighting in the WGBI is around 0.39%.

“FTSE Russell’s decision may lift demand for MGS in the short term, causing yields to fall, even while supporting foreign fund inflows in the long term, ” Kenanga Investment Bank says.

Estimating US$2.5 trillion (RM10.35 trillion) worth of funds tracking the WGBI, it notes, Malaysia has secured about US$9.75bil, based on the country’s weighting in the index, against immediate risk of capital flight. The amount, the brokerage points out, is equivalent to 9.1% of total outstanding MGS and 22.1% of total foreign holdings of MGS.

“Foreign fund inflows may increase in the near term on the back of FTSE Russell’s decision. However, downside risks remain amid a rise in risk-off sentiment as a number of European Union countries return to Covid-19-related lockdowns, ” Kenanga Investment Bank says.

“Nonetheless, in the long term, we expect net foreign inflows to persist as high-yield differentials keep Malaysian bonds attractive even as investors exit from the US and other bond markets during this period of heightened yield volatility, ” it adds.

China’s inclusion in the WGBI will dilute the bond weighting of Malaysia and other countries in the index.

“To accommodate China’s inclusion, the index weight dilution will come mostly from the G4-denominated bond markets, that is the US, the UK, Japan and countries in the eurozone, ” Maybank Investment Bank says.

“China government bonds will be the third-highest yielding bond market in WGBI after Mexico and Malaysia, underpinning its appeal to foreign investors, ” it adds.

As it is, global funds have already been piling into Chinese sovereign bonds, given its yield advantage and inclusion in two other bond indexes.

Upon full inclusion in WGBI, Chinese sovereign bonds are expected to have the sixth-largest weighting at 5.25% based on prices as of March 25.

The WGBI comprises debt from more than 20 countries, with Japan having the largest weighting in Asia at more than 16% once China’s inclusion is complete.

Malaysia’s weighting in the index is expected to be diluted to 0.37% from the current 0.39% at the full inclusion of China’s bonds in WGBI.

“But its impact on capital flows is immaterial, given a long phase-in of 36 months, ” Maybank Investment Bank says.

The bank estimates a 2bps reduction of Malaysia’s weighting in the WGBI amounts to a possible foreign outflow of only US$500mil. Hence, the potential impact is seen as minimal.

According to the Institute of International Finance (IIF), capital flows to emerging markets will improve relative to last year, especially in terms of portfolio investment.

“Improving emerging markets growth will be a pull factor that attracts flows and so will high commodity prices. However, push factors are more of a mixed bag, ” the IIF says.

The IIF observes that capital flows to China have remained resilient in recent months, especially bonds. It projects positive but subdued portfolio flows in the next two quarters and a pick-up in late 2021 to China.