Chief executive officer Idham Nawawi (pic) said the capex is part of the company’s continuing efforts to enhance and optimise its network and service experience throughout 2021.

Chief executive officer Idham Nawawi (pic) said the capex is part of the company’s continuing efforts to enhance and optimise its network and service experience throughout 2021.

“Our capex plan is in line with the government’s Jalinan Digital Negara (Jendela) initiative, ” he said during a virtual press conference on the group’s financial year 2020.

“We hope to deliver consistent 720p video experience, enhance our network capacity and throughput, improve deep indoor coverage and Voice-over-LTE (VoLTE) experience, as well as uplift our LTE population coverage to 95.6%, which is currently north of 93%, ” said Idham.

Commenting on the government’s recent announcement to fast track 5G services in the country, Idham said Celcom is still awaiting further details on the rollout.

“We still do not have much details from the government. Therefore, it is still too early to make any adjustments to capex or to our business plans for this year.”

Additionally, Idham said Celcom will be shutting down its 3G network by the end of this year.

“There will be some impact to our earnings as this initiative will result in accelerated depreciation of our 3G assets.

“We plan to accelerate the migration to 4G and this will also mean more spend in communications, ” he said.

Idham said Celcom has targeted over 4,700 network sites nationwide to be upgraded and optimised with capacity upgrades, installation of new 4G equipment and core network optimisation programmes, which include nearly 1,000 4G network sites in Sabah and Sarawak.

Additionally, he said Celcom had conducted a nationwide cluster optimisation programme for an additional 3,600 network sites to address video buffering issues and deliver better voice and video quality by August 2021.

Celcom’s subscriber base grew 306,000 to 8.7 million in 2020, on the back of product innovation, improved go-to-market strategy and digital distribution channels.

Earnings before interest, depreciation and amortisation and profit after tax and minority interests, excluding its employee restructuring programme and accelerated depreciation impact, up 2.4% to RM2.7bil and 11.5% to RM900mil, respectively, driven by improved credit management and reversal of a prudent financial practice.

Postpaid subscriber base increased with 75,000 new subscribers quarter-on-quarter in the final quarter of 2020, supported by prepaid to postpaid conversion, with a resilient average revenue per user of RM84. 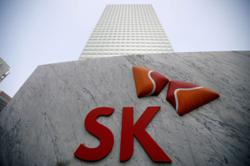 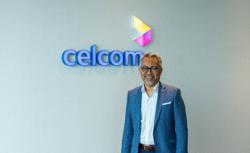