SYDNEY: Australia’s treasurer said he’s considering measures to support firms like Qantas Airways Ltd and others that are still struggling with fallout from the coronavirus pandemic, once the government’s JobKeeper wage subsidy expires late next month.

“We are looking at other measures that we can put in place post-JobKeeper to support a range of industries including the aviation sector, ” Josh Frydenberg said in an interview with Sky News.

The Australian carrier has received A$459mil (US$354mil) under the wage support programme. It says it has 7,500 people allocated to overseas flights who will still be grounded from the end of March, when the subsidy ends, through to the end of October, when the airline expects international borders will reopen.

“There’s no doubt that the aviation industry’s been hit and hit hard and Qantas having a 75% reduction in their revenue is testament to that, ” Frydenberg said.

Covid-19 travel restrictions drove Qantas to an underlying pre-tax loss of A$1.03bil in the six months ended December from a profit of A$771mil a year earlier. Like airlines elsewhere in the world, Qantas’s attempts to fly even limited schedules have been repeatedly stymied by snap border closures within Australia and overseas.

Frydenberg said the domestic market is set to improve as a Covid-19 vaccine is rolled out, confidence returns and state borders don’t close as frequently.

The treasurer said that, in their most recent conversation, Qantas chief executive officer Alan Joyce told him that in January 1,500 flights into Queensland alone had been cancelled.

“That was 200,000 passengers that would’ve otherwise gone into Queensland. That would’ve been hundreds of millions of dollars spent on tourism so the fact that we will see I think less border closures, less frequent border closures, and the vaccine rollout will be good news for their business, ” Frydenberg said. — Bloomberg 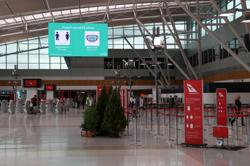 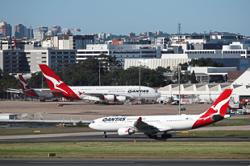