(FILES) This file illustration picture taken on February 17,2019 shows the 5G wireless technology logo displayed on a tablet in Paris. - Paris City Hall and telecom operators announced on February 19,2021 that they have reached an agreement for the deployment of 5G "in the coming weeks". the French capital still does not benefit from the latest-generation mobile network unlike several major French cities. (Photo by Lionel BONAVENTURE/ AFP)

Govt takes the lead in 5G

THE government on Monday announced it will deploy the 5G telecommunication infrastructure on its own and sell the spectrum to operators.

This is a departure from the model adopted by most countries of an open auction and telcos building their own network.

Under the plan, Malaysia will invest RM15bil over ten years for the rollout of the next-generation technology nationwide from the fourth quarter onwards. A special purpose vehicle, to be set up and owned by Minister of Finance Inc, will own the assets and manage the network, according to Communications and Multimedia Commission chairman Dr Fadhlullah Suhaimi Abdul Malek. This single-entity approach, he said, would help level the playing field and allow telcos to provide cheaper 5G services. In a filing with Bursa Malaysia, AirAsia Group said Choi, through his private vehicle Positive Bloom Ltd, had bought 167.1 million shares, or a 4.17% stake, on Feb 18 via a private placement exercise. This raised his stake in the budget carrier to 332.5 million shares or an 8.96% stake.

AirAsia raised RM250mil after it placed out close to 370 million shares at 67.5 sen earlier this month under the first tranche of its proposed RM455mil private placement exercise.

The airline has a target to raise RM2.5bil from loans and investors. Chief executive Tan Sri Tony Fernandes said earlier that it was considering other capital raising and financial support, including for its digital business.

down to their lowest levels since July last year. 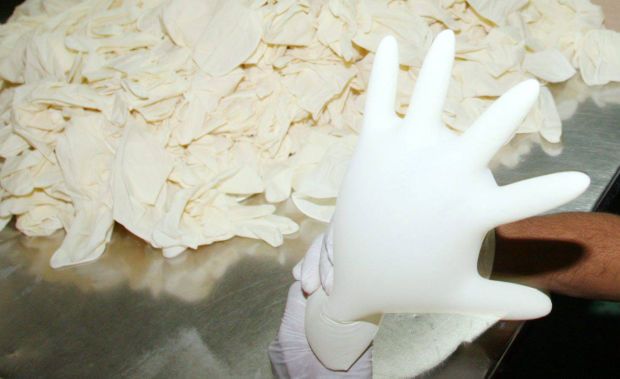 At current market prices, the big three stocks were valued at less than 10 times their projected 12-month earnings. Vaccine rollouts and rising nitrile latex prices are among concerns that have spooked investors, despite repeated assurance by glove makers that the demand outlook, as well as average selling prices, are projected to remain steady over the next one year.

Prime Minister Tan Sri Muhyiddin Yassin on Wednesday became the first person in the country to officially receive the Covid-19 vaccine, marking the start of the country’s vaccination programme. Analysts expect a smooth implementation of the programme will result in a fresh rerating of the stock market.

VACCINE rollouts across the globe are fuelling optimism of a quick recovery in the demand for oil, pushing prices in the international markets to pre-pandemic levels.

In London, the benchmark Brent crude futures contract was traded at US$67 a barrel yesterday. The US benchmark West Texas Intermediate (WTI) was above US$63 a barrel amid the freezing winter affecting the northern hemisphere. Bank of America said this week that Brent crude prices could hit US$70 a barrel in the second quarter of 2021, and will average US$60 this year, raising its average price outlook by US$10 a barrel.

On Sunday, Goldman Sachs started the investment banks’ upgrade of oil price forecasts, expecting Brent crude prices to hit US$75 a barrel in the third quarter of this year, on the back of faster market rebalancing, lower expected inventories and traders hedging against inflation.