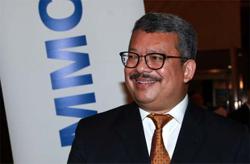 Revenue increased to RM3.68 billion from RM2.94 billion previously, it said in a filing with Bursa Malaysia on Friday.

Guan Chong said the increase of 28.6 per cent in turnover was mainly due to an increase in sales volume of cocoa products and revenue contributed by newly-acquired subsidiary Schokinag Holding GmbH.

On prospects, the group said it expects the economy and consumption to start recovering in the second half of 2021, subject to the successful implementation of the vaccination programme in the major chocolate consuming countries.

"In the meantime, the implementation of the 'Living Income Differential’ has been adjusted in the raw materials and products pricing through the market demand and supply.

"However, the effect in the longer term remains uncertain. Nevertheless, we are confident in our long-term prospect and the uptrend of future chocolate demand,” it added.

Guan Chong said it will continue to put strong focus on exploring new markets, especially in the European region, for its wide range of cocoa ingredients, as well as industrial chocolate, and to optimise production according to the market conditions. - Bernama