"Boeing failed to meet all of its obligations under the settlement agreement, and the FAA is holding Boeing accountable by imposing additional penalties, ” FAA Administrator Steve Dickson (pic) said

WASHINGTON: Boeing Co agreed Thursday to pay US$6.6 million in penalties to the Federal Aviation Administration (FAA) after U.S. regulators said it failed to comply with a 2015 safety agreement and cited other safety concerns.

The penalties include $5.4 million for not complying with the agreement in which it pledged to change its internal processes to improve and prioritize regulatory compliance and $1.21 million to settle two pending FAA enforcement cases.

The largest U.S. planemaker's safety record has been under scrutiny after 346 people died in two fatal 737 MAX crashes in 2018 and 2019 prompting the plane's 20-month grounding. In the aftermath, new questions emerged about its safety practices.

"Boeing failed to meet all of its obligations under the settlement agreement, and the FAA is holding Boeing accountable by imposing additional penalties, ” FAA Administrator Steve Dickson said in a statement. "I have reiterated to Boeing’s leadership time and again that the company must prioritize safety and regulatory compliance."

The new settlement covers FAA allegations that Boeing managers exerted undue pressure on Boeing workers performing certification duties for the FAA at the company’s South Carolina plant. The FAA also alleged Boeing "failed to follow its quality control processes" and "interfered with an airworthiness inspection of a Boeing 787-9."

The FAA has issued other civil penalties against Boeing in recent years, including $9.3 million for failing to prevent the installation of defective parts on 737 MAX and 737 NG planes. 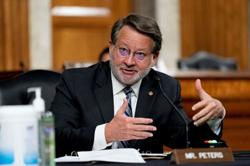