STOCKHOLM: Klarna Bank AB is raising funds valuing the Swedish fintech startup at around US$31bil, roughly tripling the company’s valuation after its most recent round in September.

The Stockholm-based company is raising around US$800mil and up to US$1bil, the people said, adding the round could be announced in the coming days. Existing investors are participating ahead of a potential public listing next year, said the people, who asked not to be identified because the matter is private.

The fresh funding would recrown the Swedish company as Europe’s most valuable startup after payments business Checkout.com was valued at US$15bil. Klarna in September had brought in US$650mil in equity funding from investors led by Silver Lake, then valuing it at US$10.65bil. Other existing backers include Sequoia Capital Singapore’s sovereign wealth fund GIC, BlackRock Inc and HMI Capital.

Klarna chief executive officer Sebastian Siemiatkowski has previously indicated the company would look to publicly list in the near future but has held back on giving any precise timing.

The Swedish company’s success in online payments has made it an important challenger to traditional credit cards and firms like PayPal Holdings Inc and Square Inc. — Bloomberg

The firm has also benefited from an accelerated shift to e-commerce during the pandemic.

Klarna has risen in popularity, especially in the US, in large part thanks to its buy-now-pay-later service. The offering lets customers pay through interest-free installments when they shop brands like H&M or Adidas, while retailers pay Klarna a cut of purchases. -- Bloomberg

But Klarna and other buy-now-pay-later services are increasingly coming under scrutiny from regulators on concerns they allow customers to spend more than they can afford.

The U.K. in early February said it would start regulating the sector. Still, the prospect of tighter regulation hasn’t appeared to dampen investors’ appetite for Klarna, and the company said it would welcome more modern rules.

Swedish technology news outlet Breakit previously reported the company was raising another round of funding. 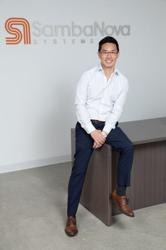