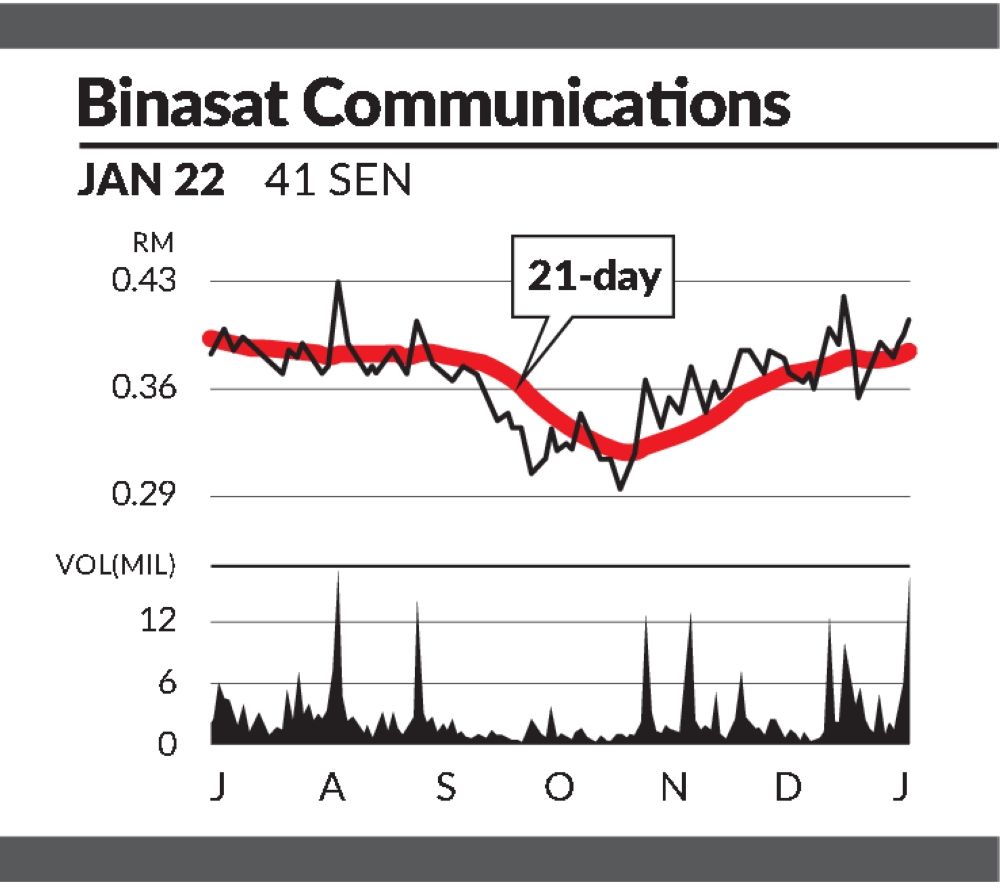 BINASAT Communications Bhd (code: 0195) made a push higher yesterday as it extended its recovery.

The stock, which had previously been idling in consolidation mode, is moving higher towards a resistance of 43-43.5 sen.

However, this represents a stiff hurdle for the stock given its failed challenge in August 2020, and then again earlier this month.

Should it be third time lucky for the counter, the positive crossing would prove a strong signal for further buying.

Concomitantly, a breach would see the stock rejoin the uptrend that began in November 2020.

Things are turning more positive for the stock as the 50-day simple moving average (SMA) attempts to cross over the 200-day SMA in a bullish crossing.

Having now moved above all the key SMAs, the stock continues to present a bullish bias with potential to arrive at a June 2020 high of 45.5 sen.

The performance yesterday indicated a return of buying interest with trading volume jumping to its highest in nearly eight months.

The slow-stochastic has risen to 66 points while the 14-day relative strength index stands at 67 points.

With room to grow before both indicators hit overbought conditions, there is reason to believe that the rally will continue, with potential for a breakout past the immediate hurdle.

The daily moving average convergence/divergence line has also advanced past the signal line, which suggests bullish momentum amid the ongoing rally.

Should the counter fail to get past the resistance, the share price will consolidate towards the lower end of its recent trading range.

There is firm support for the stock at its recent low of 37.5 sen, where both 50 and 200-day SMAs are currently converging. Nearby, the 100-day SMA is offering further support at the 36-sen level. 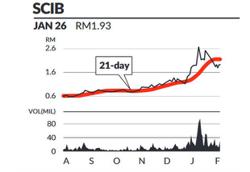