According to chairman Datuk Seri Tajuddin Abdul Rahman, Prasarana can’t afford to make progress payments on a monthly asis as it needs to manage its cash flow. He pointed out that Prasarana is facing cash flow issues led by the Covid-19 fallout, of which its revenue could not cover its operations. (Pic shows Prasarna chairman Tajuddin Abdul Rahman at yesterday's media briefing)

According to chairman Datuk Seri Tajuddin Abdul Rahman, Prasarana can’t afford to make progress payments on a monthly basis as it needs to manage its cash flow.

He pointed out that Prasarana is facing cash flow issues led by the Covid-19 fallout, of which its revenue could not cover its operations.

“We have to manage our cash flow as we cannot afford disruptions in our operations. Our revenue has been hit by Covid-19 of which it is not enough to pay our operations and capital expenditure, (capex), ” he added.

Tajuddin said Prasarana would be making its next progress payment to the LRT 3 contractors once it receives RM1.5bil in the drawdown from its sukuk.

“We hope to receive the payment from our sukuk in three months which has been approved by the government, ” he said.

Prasarana has cash reserves of RM2bil, of which it would need to set aside RM650mil to service its current sukuk, RM236mil for the operational shortfall and RM350mil for capital expenditure.

“If we have deficits, who is going to help us?” he asked, adding the Prasarana needs RM300mil every month to fund its operations.

Tajuddin was referring to a news report that said 17 contractors and consulting firms for the LRT 3 project had written a letter to Prime Minister Tan Sri Muhyiddin Yassin, the Finance Ministry and Transport Ministry to seek help for payment of more than RM700mil withheld by Prasarana for work done.

The firms claimed that Prasarana had not paid them since July. As of October, the contractors were owed RM700mil, and after taking into account work done in December, this amount would exceed RM1bil.

“These subcontractors are not our contractors, they should go to Malaysian Resources Corp Bhd (MRCB) and George Kent (M) Bhd

“We made our payment to our turnkey contractors which are MRCB and George Kent. Every time they make a claim, we will pay. It is only for a few months that we didn’t pay, ” he said.

MRCB and George Kent are the contractors for the LRT 3 project.

Tajuddin suggested that MRCB and George Kent raise their own capital to fund the LRT 3 project.

“The LRT 3 is not a small project. The contractors should also raise their own capital to pay their subcontractors, ” he said.

The LRT 3 project started in August 2015 with an initial budget of RM10bil to serve some two million people along the Bandar Utama-Johan Setia route, before costs escalated to a whopping RM31.65bil.

It was among several mega infrastructure projects reviewed by the federal government after Pakatan Harapan came to power in May 2018.

In July 2018, the LRT 3 project resumed with the final total cost reduced by 47% to RM16.63bil, replacing the project delivery partner model with the turnkey model.

The LRT 3 project linking Bandar Utama to Johan Setia is expected to be completed in 2024. 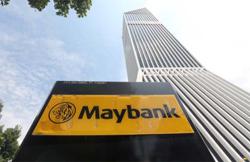