Challenging times: A general view of an illuminated Tata Steel plant in Jamshedpur in India. For the US$113bil Tata Group, which has a hand in multiple industries, running an airline in the current scenario is proving to be difficult. — AFP

MUMBAI: Ratan Tata is no stranger to flying. As a 17-year-old, the patriarch of India’s biggest conglomerate once landed a plane that had lost its sole engine mid-flight. He’s also piloted the supersonic F-16 fighter jet.

India and Vistara – were struggling before the coronavirus pandemic. Covid-19 has put the sprawling Tata Sons Ltd, which owns a 51% stake in each, at a crossroads.

Either go big, by buying state-run Air India Ltd, for example, or bow out before spilling more red ink.

The Tatas “are caught between a rock and a hard place, ” said Mukund Rajan, a former member of the group’s executive council who’s now the chairman of a investment advisory firm focused on environment, social and governance issues.

“The only option to run a successful airline is to seek scale. This would require the Tatas to deploy significantly more capital than they have done thus far. Absent ambition and scale, the prospects for success are probably very remote.”

India has been trying unsuccessfully to sell its unprofitable national airline for years. Tata Group, although aviation only accounts for a small share of its total revenue, is often pinpointed by local media as the most likely suitor.

Prime Minister Narendra Modi’s administration has repeatedly sweetened the terms to woo buyers, but Tata Group, which was previously evaluating the proposal, hasn’t said whether it will bid.

Tata’s airline predicament isn’t unique. Warren Buffett exited his positions in all airline stocks earlier this year saying the pandemic may have fundamentally changed the business.

And Richard Branson once famously said, “If you want to be a millionaire, start with a billion dollars and launch a new airline.”

But what sets the Tata Group apart is its seemingly single-minded devotion toward making an airline work at any cost.

Vistara and AirAsia India have never made money and have lost around US$845mil combined through March this year, according to estimates from the CAPA Centre for Aviation.

Even Cyrus Mistry, who succeeded Ratan Tata as the chairman but was later ousted in India’s most high-profile boardroom coup, raised the alarm, saying in an October 2016 letter that his pushback regarding a partnership with AirAsia Group Bhd was “futile”. Mistry was similarly displeased with the Vistara venture with Singapore Airlines Ltd.

For the US$113bil Tata Group, it’s also a question of holding onto a rich heritage. Ratan Tata’s predecessor, the legendary industrialist and philanthropist J R D Tata, was India’s first licensed pilot and started Tata Airlines in 1932 as the nation’s first carrier, flying mail between Karachi in then-undivided, British-ruled India and Bombay.

Tata Airlines was later nationalised and morphed into Air India around the time of India’s independence.

When India began to allow private airlines in the early 1990s, Tata’s interest was piqued again. In 1994, the group came up with an ambitious plan to start an airline with 100 planes in partnership with Singapore Airlines, but the government refused to allow a foreign entrant and project was quashed.

In 2000, Tata again teamed up with Singapore Air to bid for a stake in Air India when the then-government sought to sell shares in the state-owned carrier. The plan was later dropped because of political opposition.

“Airlines are very competitive and capital intensive and running one is difficult, ” said Shriram Subramanian, founder of proxy advisory firm InGovern Research Services. “Tata Group invested in two with two different partners. It’s not clear what the group was trying to achieve.”

Both AirAsia India and Vistara have their distinct issues. Launched in 2014, AirAsia India vowed to make money within four months and planned to lure passengers from trains and buses with cheap prices.

But it faced cut-throat competition in a crowded market where airfares go for as little as a few cents.

Vistara, started in 2015, pitched itself at the other end of the spectrum – a carrier with a business-class cabin on all planes offering to fly rich Indian businessmen to London and New York.

Its stated goal: to redefine air travel in India with a “personalised flying experience.”

However if video-technology limited the need for corporate travel, the coronavirus put an end to it.

Vistara has deferred taking delivery of some new aircraft as demand slumps, delaying its expansion plans.

But even before Covid a culture that saw both airlines run almost solely by the foreign partners was a key problem, according to people familiar with the inner workings of Tata Group’s aviation business.

In high-end restaurants around Vistara’s headquarters near New Delhi, Singapore Airlines-appointees would regularly lunch together, creating a culture of exclusion, two of the people said.

Singapore Airlines, and not Vistara, reviews the annual performance of people appointed by the foreign airline and the so-called “Singapore Airlines secondees” also reside in five-star hotels during their stint and send their children to the most-expensive schools as part of their compensation package, the people said.

Those benefits were not given to people appointed by the Indian group, they said.

The lack of an aviation-in-charge person at Tata Group was also a challenge and meant Vistara and AirAsia India ended up competing for the same flyers on key routes, the people said.

The business model of market leader IndiGo, which is run by InterGlobe Aviation Ltd and which has made money year after year selling cheap tickets for on-time flights, wasn’t seriously studied or replicated, they said.

Apart from Ratan Tata – who retired around the time the ventures were established only to come back as interim chairman in 2016 – other board members were neither familiar with nor keen to address the needs of the businesses, which prevented the two competing airlines from scaling up or placing mega plane orders to secure big discounts, one said. — Bloomberg 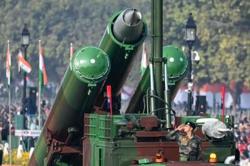