A Covid vaccine is the next tourist attraction 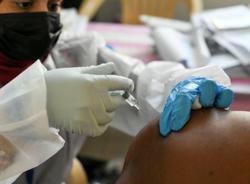 COVID-19 has brought so many new and difficult choices into people’s lives, and now there is another one, particularly for well-to-do Americans: If a vaccine were not yet available in the US, would you fly to another country to get it?

It is now possible to have a decent sense of which nation is winning the vaccine race, and it is not the US. A Chinese vaccine is being distributed now, and so far it seems to be safe and modestly effective. The data are not sufficiently clear that you ought to get one now, but it is easy to imagine that in another month or two the Chinese vaccine will be a plausible option.

And no, you probably won’t have to go to China for the jab. The Chinese vaccines are being distributed on a global basis, and are already in extensive tests in the United Arab Emirates. The timing is uncertain, but with delays on the US side it is entirely possible that come January you will be able to get a “good enough” vaccine in Dubai but not in Dallas.

So would you get on that plane?

There is also talk of the UK and Germany having some vaccines available before Christmas, with a greater supply to follow shortly thereafter. The European Union has an explicit policy, by setting a lower effectiveness threshold, to approve some vaccines that the US Food and Drug Administration will not. The safety threshold in the EU still should be fine.

You might think there will be complicated allocation rules limiting your ability, as a foreigner, to have access to these vaccines. That is likely true, but there is also going to be slippage.

Say you are a front-line nurse overseas, and you already had Covid back in March. The private clinic you work for will be able to order a vaccine on your behalf, but then turn around and sell it to a visiting foreigner for, say, US$20,000.

The regulations on these vaccines will be so new there are certain to be loopholes, so don’t think this is necessarily an illegal or black-market transaction. It is more akin to a grey market. There might be some legal risk, of course, and the higher it is, the higher the price will be to induce some sellers to divert supply.

Or imagine that the Chinese encourage some countries to set up completely legal vaccine tourism programmes for wealthy Americans, if only to score a propaganda victory and make a point about dependence. I hear Cambodia is lovely in winter.

The US itself might be on board with such an arrangement. If reasonable vaccines are approved in other countries first, American elites might start a revolt of sorts.

Rather than fixing America’s cumbersome vaccine approval and distribution system, the federal government might find it easier to encourage an allied nation or two to offer their product to visiting Americans. It won’t be fair, but the US might find that creating such a system for well-to-do squawkers will defuse their opposition to the status quo.

What might vaccine tourism look like? You will get multiple rapid tests before boarding the plane and taking your business-class seat.

Upon landing in Dubai or Hong Kong, you will quarantine briefly, get your jab, then spend a few days more under observation and hotel quarantine. You will then fly back home.

As for payment, maybe you sent bitcoin in advance. You are paying more for the reliability and reputation of the clinic than for the vaccine itself.

Is vaccine tourism unethical? That is hard to say. On the one hand, you might be taking a vaccine away from someone who needs it more. On the other, there is a comparable and probably higher risk that any government-approved vaccine allocation method, whatever it may be, will be less than morally optimal.

Say the government tries to be as objective as possible by using an algorithm to rank citizens based on their need for a vaccine. How many people would say it is wrong to follow the algorithm?

Would vaccine tourism and market forces be egregiously more unfair? Wealthy foreigners fly to the U.S. all the time for better medical treatment without provoking widespread moral outrage.

Furthermore, to put it bluntly, if you are a highly productive person who runs a business and creates a lot of jobs, it probably is best for society that you get a vaccine early.

And it is not just to keep you healthy. It’s also to lower your perceived risk so you can travel, go to meetings and do your thing. Is it so wrong when selfishness and altruism coincide?

In this way Covid-19 doesn’t present a new choice so much as illuminate an old maxim: When there are gains to be made from trade, the safe bet is that they will be captured.— Bloomberg

Tyler Cowen is a Bloomberg Opinion columnist. Views expressed here are the writer’s. 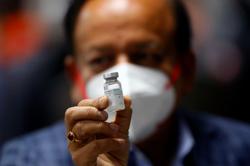 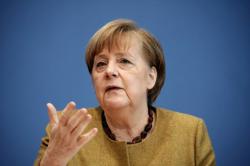