KUALA LUMPUR: The FBM KLCI started on a flattish note as investors searched for new direction following the conclusion of the Sabah state elections.

At 9.10am, the key index was down 0.16 point to 1,508.98 despite a a continued rise in heavyweight glove stocks, spurred on by the sudden rise in coronavirus infections across the globe.

Top Glove was up seven sen to RM8.87 while Hartalega

gained 12 sen to RM17.12 in early trade to help shore up the market amid continued weakness in market sentiment following recent political developments.

"The conclusion of the Sabah state snap election may bring about some calamity with the focus now shifting back to the political scene in West Malaysia," said Malacca Securities Research.

However, it expects retail players to contiue to take advantage of the mild recovery seen on the market by nibbling on the lower liners and broader market shares.

Some notable decliners in early trading were Petronas Chemicals down four sen to RM5.46, MISC shedding 10 sen to RM7.29 and Genting slipping four sen to RM3.23.

Of actives, XOX rose 1.5 sen to 18.5 sen, DGB was flat at three sen and Advance Synergy

In regional markets, Japan's Nikkei was up 0.5% while South Korea's Kospi rose 0.6% and Australia's ASX200 was mostly flat.

Oil prices were under pressure as various countries imposed movement restrictions to contain a resurgence of coronavirus cases, which clouded the demand outlook for the commodity. 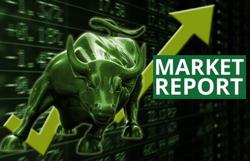 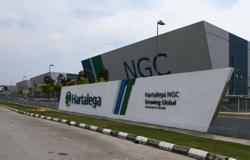