saw its net profit for its first quarter ended July 31, falling by 10 times to RM3.55mil from RM36.95mil in the same quarter a year ago.

The company’s financial statements filed with Bursa Malaysia showed that its bottom line in the same quarter a year ago had been supported by a RM53.89mil gains on disposal of non-current assets otherwise it would have reported a net loss in the last year’s first quarter.

Revenue in the recent first quarter had doubled to RM86.79mil from RM43.33mil in the same quarter a year ago.

In the notes to its financial statements, the company said its Malaysia and Indonesia markets had seen improved earnings before interest, taxes, depreciation and amortisation.

This is due to improved yields as well as higher average crude palm oil prices. 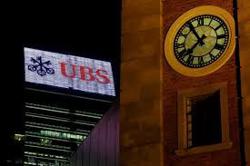