PETALING JAYA: Total vehicle sales continued its upward trajectory for the third consecutive month this year in August, rising 3% to 52,800 units from 51,148 units in the previous corresponding period, as the government’s tax exemptions and aggressive promotional campaigns by automotive companies continued to drive sales.

Despite the year-on-year pick-up in sales, total industry volume (TIV) was 8% lower on a month-on-month basis compared with July, said the Malaysian Automotive Association (MAA).

“July’s TIV was higher due to clearance of backlog orders after the announcement of the sales tax exemption incentive. It was also a shorter working month in August due to the festive holidays, ” the association said in a statement yesterday.

Year-to-date August, TIV is still far off compared with last year, with total sales standing at 285,045 units compared with 398,319 units in the previous corresponding period.

On the outlook for September, the MAA said volume is expected to be on the same level as August’s.

It said TIV for this month is expected to be driven by ongoing promotional campaigns by car companies.

Under the Short-Term Economic Recovery Plan (Penjana) announced by Prime Minister Tan Sri Muhyiddin Yassin in June, locally-assembled cars will be fully exempted from sales tax, while for imported cars, the sales tax will be cut from 10% to 5%, until Dec 31.

The MAA said consumers’ sentiment remain cautious with the loan moratorium coming to an end this month.

An analyst said he expects vehicle sales to be impacted more in October once the moratorium completely ceases.

“We are cautious about sales for the fourth quarter of the year as people will need to start paying their monthly loans again. With the uncertain economic outlook and weak job prospects, we feel vehicle sales could be hit hard.”

With the intention of reducing non-performing loans induced by job losses and salary reductions due to the pandemic, the government announced a blanket loan repayment moratorium for six months from April 1 under the Prihatin Rakyat Economic Stimulus Package.

In July, the MAA announced that it was revising upwards its vehicle sales target for the year by 17.5% to 470,000 units as the grim economic outlook is likely to be buffered by the various incentives recently announced by the government. 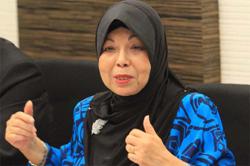 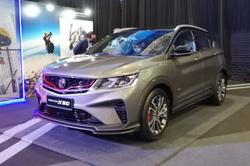