Scientex also proposed a two-for-one bonus issue and free five-year warrants on the basis of one warrant for every five existing shares.

posted a record high net profit of RM390.11mil in the financial year ended July 31,2020 underpinned by strong growth in its packaging manufacturing and property development segments.

The higher contribution was mainly due to full year contributions from its converting businesses. This comprised the recently acquired Daibochi Bhd

and subsequently Daibochi’s acquisition of Mega Printing & Packaging Sdn Bhd, both of which were completed in the second half of the financial year ended July 31,2019.

As for its property development segment, revenue rose by 8.7% to RM967.5mil from RM889.6mil. It attributed the stronger performance due to good take-up rates and stable progress billings for its affordable residential project offerings in Johor, Melaka and the central region.

It proposed a dividend of 13 sen per share compared with 10 sen a year ago.

It said that its manufacturing revenue was lower at RM621.4mil in 4Q20 compared with RM630.3mil a year ago.

Nonetheless, operating profit improved by 6% to RM71.1mil from RM67.1mil a year ago on better product mix and efficiency.

As for its property development business, it recorded an 8% increase RM333.2mil from RM308.5mil on higher progress billings and contributions from newly launched projects in Pulai, Johor, and Durian Tunggal, Melaka.

Scientex also proposed a two-for-one bonus issue and free five-year warrants on the basis of one warrant for every five existing shares.

Its CEO Lim Peng Jin said in the manufacturing segment, its flexible plastic packaging products (FPP) benefitted from supporting the essential food and beverages sectors in Malaysia and the region.

He said there was an increase in domestic activities as businesses and households resumed normalcy from the Conditional Movement Control Order (CMCO) onwards.

“We will continue to further expand our manufacturing capacity and capabilities to develop more value-added FPP products, as well as derive greater efficiencies.

As for its property development segment, Lim said Scientex would continue to focus on the resilient demand for affordable housing.

“This is double the 3,034 units launched in FY2020 as we anticipate firm demand. On top of Government incentives and campaigns to support this objective, we are continuing to expand our landbank across Peninsular Malaysia," he said. 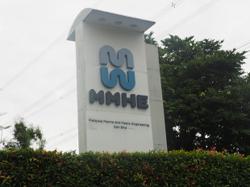 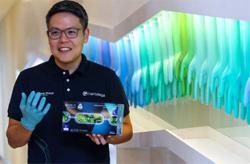