I think the worse is still to come. MIT estimates that without a medical breakthrough, the total number of cases could climb to 200 million-600 million by spring 2021. By then, between 1.4 million and 3.7 million people would have died. That’s not the result of a second wave: it has yet to get over the first!

COVID-19 is here to stay. Despite efforts globally to stop it, the pandemic has continued to spread.

I think the worse is still to come. MIT estimates that without a medical breakthrough, the total number of cases could climb to 200 million-600 million by spring 2021. By then, between 1.4 million and 3.7 million people would have died. That’s not the result of a second wave: it has yet to get over the first!

The actual outcome, of course, will depend on how societies manage the disease. We now know epidemiologists understand how to manage Covid-19. Sure, the poor remains vulnerable, as are the elderly and those with other medical conditions.

Indeed, the virus can be contained with three tactics: (i) change in behaviour; (ii) testing, tracing, and isolation; and (iii) if they fail, lockdowns. Without good testing – and failure to build enough capacity – the more it will need to fall back on the other two. Treatments have since improved, thanks to research and dealings with patients. Also, more is now known about how to manage the disease – don’t rush to put people on to respirators, do give them oxygen early. Better treatment helps explain why the share of hospital patients who went on to be admitted to intensive care has fallen significantly worldwide.

And, economies have adapted. They are still suffering, of course. Now that most nationwide lockdowns are done, governments can make sensible tradeoffs – banning large indoor gatherings and allowing the reopening of businesses, schools and shops. Sometimes, they loosen too much, and have to reverse course. They will learn from their mistakes.

The problem is that, without a cure or a vaccine, containment depends on people learning to change their behaviour. After the initial Covid-19 panic, many are becoming disenchanted and resistant. Masks help stop the disease, but in Europe and the United States, some continue to refuse to wear them. Handwashing helps.

But by the autumn, as life moves indoors, infections could soar. Changing social norms is hard. Changing behaviour requires clear communication from trusted figures. Still, Covid-19 is here for a while at least. The vulnerable will be afraid to go out and business will remain slow, creating an 80% economy that consistently fails to reach its full potential. Many people will fall ill and some of them will die.

Severe as they are, mandatory lockdowns can be avoided, especially in Japan where there is a high-quality medical care system, and where social and cultural factors contribute positively (including Japanese routinely using masks to ward off colds).

No doubt Covid-19 is highly contagious – but it is not uniformly so. Infections do happen among a small cluster of “super-spreading” events. However, transmission of the virus becomes unsustainable once such clusters or transmission chains are isolated.

The Japanese did it a la Frank Sinatra My Way-style without resorting to mandatory lockdowns, adopting a two-step way: (a) retrospective tracing, i.e. doing contact tracing on the infected before they became infected; and identifying people and places behind an infection cluster. And (b) avoid the three “Cs” – closed spaces; crowded places and close-contact situations – all of them do pose a major risk of infection.

While Japan managed to detect the first wave early, some clusters inevitably formed, prompting the government to declare a state of emergency on April 7. Voluntary business closures and other restrictions succeeded in reducing in-person contact by as much as 80%, and were lifted after less than two months.

The cluster-based approach to avoid the three “Cs” has remained central to suppressing transmission of the virus, while allowing social and economic activities to resume.

In Japan, more than 100 industrial sectors (including supermarkets, restaurants and entertainment industries) have adopted guidelines for conducting business while avoiding the three “Cs.” Japan has also been promoting digitisation.

Its “Digital New Deal” has made working from home easier by aggressively promoting telework technology, freeing people from Tokyo’s packed commuter trains. Further, it adopted innovative approaches to enhance testing capacity with new technologies, such as saliva-based tests and ultrafast antigen testing. Already, they have developed simulations of droplet spread and contagion in restaurants. Finding better ways to contain the spread of the virus can take time, resources and global goodwill.

Cash use at the till has declined slightly during the pandemic, as consumers accelerate the shift to electronic payments. But just like the period before a natural disaster, there has been a spike in cash withdrawals in the US. It’s a form of comfort; a higher “liquidity preference” – people borrow what they can and hold on to their cash in a time of uncertainty.

Early in the pandemic, households also load up on basic food and necessities, the way they would in preparing for floods or hurricanes. So, Americans are using less cash but they are holding more as a precaution: the poor are more likely to still use cash, exacerbating the “digital divide”; but, in a crisis, everyone wants a fistful of dollars.

Indeed, cash is the one asset people are pretty confident isn’t going to lose value. And, so people would much rather hold more of their assets in cash. It’s a phenomenon my sociologist friend at Princeton calls “comfort-food hoarding”, a response to feelings of helplessness or isolation. When people eat real comfort food, “they are just trying to maintain a sense of stability and trying to have an object that feels familiar and stable. And to a large extent, paper money has been that”.

The stability of the post-WWII ancien règime rested on a social contract that underwrote steady rises in living standards. This varied among nations; but its legitimacy was rooted in a broad perception of “fairness”. Successive generations can expect to be more prosperous than the last.

The fracturing of the contract, however, had started before the 2000s, with stagnant median incomes, rising job insecurity and widening income inequalities. Low-income, unskilled workers were left behind by technology, rapid shifts in comparative advantage, and the slavish devotion to unfettered markets.

When voters stopped believing their children were assured of a better future, they also concluded they really had nothing to lose. Coronavirus has shaken the kaleidoscope. If policymakers do nothing much, the effect will be to widen the inequality gap further.

The bigger losers so far have been workers in the low-paid, insecure jobs of the gig economy. They will also bear the brunt if governments respond to the huge increases in fiscal deficits by cutting back on future public spending. Many worry that the short-term economic outlook can be worse than bleak – a possible deep recession, sharp increases in unemployment and massive fiscal deficits.

The big change, though, is that the shift in the public mood has given them the political space to mark out a different direction. There is no need to reinvent the wheel. A new social contract would start with policies to reward enterprise but punish rent-seeking; shift the burden of tax away from income and towards accumulated capital; and establish job and income protections to boost productivity.

Measures to cut fiscal deficits cannot be at the expense of education and training strategies to fit changing demands for skills. We all pay a price for low wages and zero-hour contracts. Leaders prepared to offer competence and fairness – a new social contract – have now an opportunity they can ill-afford to waste.

In the midst of Covid-19, it was nostalgic to hear Queen Elizabeth speak recently: “We will meet again”, invoking the 1939 song that so inspired UK and Allies’ WWII war effort. It brought up the idea of what we should expect after the pandemic is done.

Will the shared experience of the pandemic help to bring the world together to act and resolve pre-existing problems of inequality and poverty? After all, not long after Dame Vera Lynn’s song about meeting again did the Allies meet together in an unprecedented co-operative effort to form the UN, IMF and World Bank in 1945-94, to spearhead global efforts at uplifting living standards for all.

Can something positive happen so that when we next meet again, we will be better placed to face a less unequal and unfair world? Can we look forward to new measures to inspire us to truly work together – as we did in the pandemic – to reduce inequality and alleviate poverty worldwide. It would be great if something really worthwhile can happen.

Tan Sri Lin See-Yan is a Harvard educated economist and British Chartered Scientist, and professor of Sunway University. The views expressed here are the writer’s own. 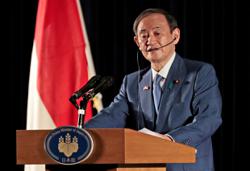 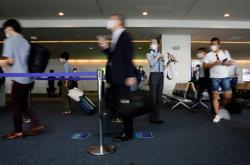 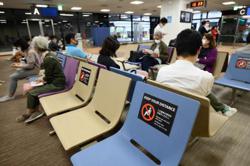